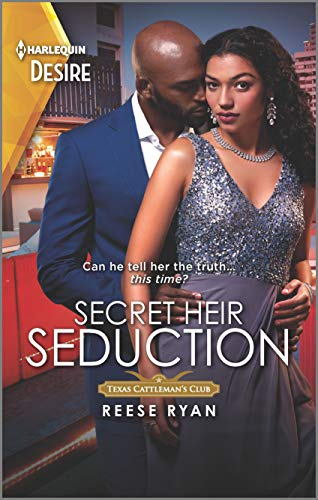 Can he tell her the truth… this time?

Will he risk everything for a reunion? Will she give him the chance?

Discovering he’s a long-lost heir isn’t the only surprise awaiting Darius Taylor-Pratt in Royal, Texas. He’s next door to his ex after five long years.

Darius broke off his red-hot relationship with designer Audra Covington without explanation. He still has regrets…and truths he’s hiding. Rekindling their flame may cost him…especially when new secrets surface to threaten their second shot at seduction.

Titles in the Texas Cattleman’s Club: Inheritance series include – Tempting the Texan by Maureen Child – Rich, Rugged Rancher by Joss Wood – From Boardroom to Bedroom by Jules Bennett – Secret Heir Seduction by Reese Ryan – Too Texan to Tame by Janice Maynard – Her Texas Renegade by Joanne Rock –