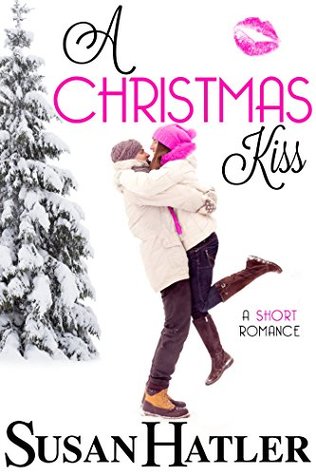 Harper Avery is a jaded divorce attorney who loves helping her clients move on to better things. After all, they’ve struggled enough being in an unhappy marriage. When one client’s soon-to-be ex-husband suddenly says he wants a second chance with his wife, Harper’s dubious, certain that her client is just going to get hurt again.

Despite his career as a divorce attorney, Gabriel Hart still believes that love can work miracles. Sure, there are no guarantees, but he totally supports his client’s efforts to reconcile with his wife—even if it means Gabriel has to go head-to-head with Harper to keep her from ruining the couple’s chances.

With the holidays approaching, husband and wife set out to see if they can work through their issues, while Harper decides to spend the long Christmas weekend at her friend’s cabin in Lake Tahoe. Only when she gets there, someone is already occupying her last-minute rental—Gabriel Hart. Both refuse to give up their holiday retreat. Will their adversarial working relationship make for a stressful weekend? Or will the magic of Christmas sprinkle them with a love that can beat the odds?

Titles in this series include:  Every Little Kiss – The Perfect Kiss – Just One Kiss – The Sweetest Kiss – A Christmas Kiss – All About That Kiss

Take two divorce lawyers with vastly differing views on marriage.  One cabin in the woods.  A divorcing couple who can’t make up their minds.  Toss with memories that hurt but can be healed… and you have a charming, entertaining and touching holiday romance – A Christmas Kiss.

Harper firmly believes that when a marriage is over, it’s done and move on quickly and as painlessly as possible.  Her view is backed up by a devastating break up of her own, and the example of her Aunt Lucy who has lived by the motto that her own divorce was the best decision of her entire life.  Harper has major suspicions that love doesn’t truly exist or if it does nothing lasts forever – she’d rather guard her heart than take a risk.

Gabriel believes in second chances.  He is a divorce lawyer who constantly looks out for the long term emotions of his clients.  Yes, some marriages are better off done with.  Yet there are times when the love is strong and obvious but someone messed up, surely they deserve a second chance to make things right again.  He’s watched his parents have a lifelong loving relationship right up until his father’s death.  Dad’s belief in second chances has formed Gabriel’s view on marriage and divorce.

When Harper and Gabriel face each other across the table in one divorce case, all bets are off when the couple decide to make a go of their marriage just as the final signatures on the divorce papers were nearly signed.  Harper is furious at what she believes is Gabriel’s influence on his client, and at her own client who Harper believes is making a huge mistake by offering her almost ex a chance to hurt her once again.

Harper’s traditional Christmas was to spend it with her Aunt Lucy, but this year her aunt has other plans.  And not being an overly sentimental woman feels that her friend’s divorce becoming final deserves her attention to her friend this year not her niece.  Harper’s an adult, and they can meet up in January for a delayed celebration.  This leaves Harper even more unsettled.  Escape comes in the form of a message from a college friend who has a cabin at the lake that she’s willing to rent out at half price since the expected guests bailed on them.  It’s perfect.  Away from town and worries, a snowy quiet Christmas… Harper snatches up the cabin before she can think twice about it  The problem comes when her friend’s husband has also offered the cabin to a college friend… yep, Gabriel.

Watching Harper and Gabriel navigate the week of Christmas is full of laughs, sighs and a few “ah ha” moments for them each.  Harper is opening up to Gabriel’s way of facing life, and Gabriel is healing from the loss of his father.  Both are falling for each other over chopping down their own Christmas tree, baking a secret ingredient batch of gingerbread cookies and decorating their cabin for Christmas.  Life is good, and promises to get even better until the outside world interferes with that troublesome couple who can’t make up their minds on a divorce barge into the perfect romantic Christmas.

If you’re looking for a feel good Christmas romance then I would highly recommend Susan Hatler’s  A Christmas Kiss this season.  Seeing Harper be transformed by a  love that asks for nothing but to be returned is eye opening and emotional.  Watching Gabriel make a difficult decision that he knows may change everything is heartbreaking yet understandable.  Two people face discovering love… and heartache within the week of Christmas.  It’s up to them to figure out what truly matters.  I loved this couple, and I believe you will too.

« Away in Montana by Jane Porter
A Cowboy’s Christmas Eve by R. C. Ryan »