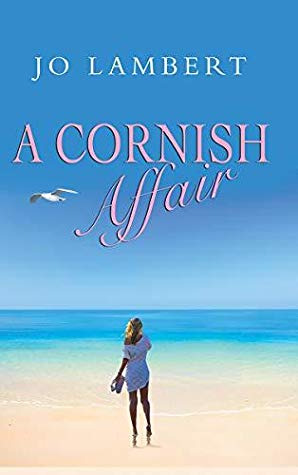 Even in your hometown, you can feel like an outsider

In the close-knit community of Carrenporth in Cornwall, everyone knows everyone else’s business. Luke Carrack is only too aware of this. He’s been away for two years but nothing has changed – from the town gossips who can’t see past the scandal of his childhood, to the cold way he is treated by some of his so-called family.

The only person who seems to understand is local hotelier’s daughter, Cat Trevelyan, although even Luke’s new friendship with her could set tongues wagging.

But Carrenporth is about to experience far bigger scandals than the return of Luke Carrack – and the secrets unearthed in the process will shake the sleepy seaside town to its core.

At this time A CORNISH AFFAIR is a “stand on its own” title – but one can always hope for a sequel or a series – there are enough interesting people for that to happen, in my opinion.

My first reaction to any book is always the cover, it’s what draws me in to purchase or turns me away with a ‘not for me’ thought.  First of all, the cover for A CORNISH AFFAIR is simply beautiful but it also gives me a picture of what the ocean is truly like.  It can be calm and beautiful on the surface while danger lies beneath those incredible waves.  And that impression continued when I open the pages and entered Jo Lambert’s world.  There is far, far more to this story than first meets the eye.

Cat and Luke don’t exactly make the greatest first impression on each other but that quickly changes to a casual friendship that has the chance for more – if either of them didn’t already have serious trust issues.  Their relationship has a slow burn feel to it for me, but we all know what happens when things simmer – eventually, they burst into flames.

It’s unfortunate that the small seaside town of Carrenporth is full of gossips who love nothing more than making trouble and passing along often misinformation.  Because of Luke’s past, those biddies (and you don’t have to be female to be a gossiping biddy, IMO) have lots to talk about, and perhaps his growing relationship with Cat as well.  Although, soon there will be far more interesting and developing gossip to spread about as secrets come to light, and danger makes an entrance to this quiet town.

Just like the ocean, A CORNISH AFFAIR has so much beneath the surface with twists, turns, and surprises galore.  I was captured from beginning to end and would not hesitate to recommend this one to any Romantic Suspense or simply Romance reader.  You’ll have quite an experience.  And perhaps, like me, will end up wishing that there are more stories to come for there are very interesting secondary characters I wouldn’t mind knowing more about.

*I received an e-ARC of this novel from the publisher, Choc Lit / Ruby Fiction with no expectation of a positive review. That does not change what I think of this story.  It is my choice to leave a review giving my personal opinion about this book.*

Colton and the Single Mom by Jane Godman

Colton and the Single Mom by Jane Godman