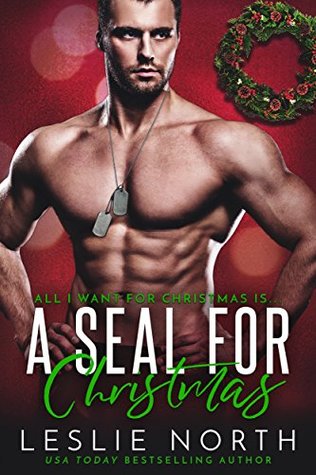 Navy SEAL Murphy Coen should be celebrating the upcoming holidays with friends and family, but with his sister Aileen missing, there’s not much for Murph to feel thankful for. To find Aileen, he’s fully prepared to use force, until an unexpected encounter has him rethinking his tactics. Shayma, his friend Daveed’s former fiancée, is sexy as hell, and something about her soothes his wayward soul. The brunette bombshell claims she can help, but Murph’s never been known for his patience. The clock is ticking, and he isn’t sure Shayma won’t get in the way of doing what he needs to do.

After ending her engagement to the man chosen by her father, Shayma bint Amr Kahlan has been enjoying the sights of New York City…and her ex’s best friend Murphy. The menacing military man has the dark, brooding thing down, but Shayma is certain his temper will lead to trouble—trouble his friends don’t want him in. When Daveed offers to promote her father if she can keep Murph in check while he and Heath secretly search for Aileen, Shayma sees a chance to help…and get back in her father’s good graces. She’s happy to prevent Murphy from getting out of hand. Besides, sometimes it takes a softer touch to get what you want.

Shayma and Murphy’s chemistry may be undeniable, but as the stakes get higher, can Murphy open himself up to love? Or will he be forced to choose between Shayma and finding his sister?

With Murphy’s sister gone missing he doesn’t have time for nice, intimate moments that involve anything resembling romance.  He certainly didn’t intend to get wrapped up in one of his best friends’ former arranged marriage partner either, but then life usually doesn’t go as intended for Murphy anyway.  Shayma enjoyed the freedom of New York City, sure she wasn’t marrying the man she’d been promised to but that had worked out well for everyone especially Daveed and his lovely lady.  Now she can breathe and figure out what comes next for her.  If it wasn’t for an infuriating, handsome friend of Daveed’s she’d be doing just fine.  But Murphy tugs at her heart, and his desperate quest to find his sister hits that soft spot she has.  She might have agreed to help Murphy look for his sister, or rather keep him out of trouble while others went on the search just to help her own family.  But the reality is that she finds this man has a definite attraction for her one she returns, and the sparks are about to get lit up.

A SEAL For Christmas is a fast paced romance that is part romance, part action.  Shayma and Murphy work well together, except for those times when Murphy does the stupid guy things.  He’s better at pushing people away than drawing them in close.  I easily got caught up in their story and was completely entertained by their banter and growing feelings for each other… in spite of each other.  I’d recommend this one for any Romance reader who enjoys a good story, some sizzling moments and a couple to cheer on toward their happy ending.