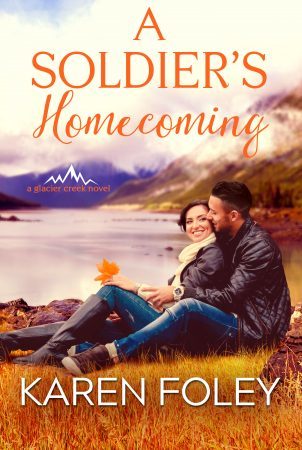 A Soldier’s Homecoming is one of those stories where you’d simply love to be able to tell a character to just “shut up already”.  Not the lead-in you were expecting, right?  There are times when a secondary character’s bad behavior will try to take over the story on me… and that’s exactly what Lucas’ mother did… often.  Lucas is out to discover why a beautiful young woman was with his step-father the night he died in a violent car crash.  And why in the would she was awarded such a huge settlement as well.  His mother has her own ideas, and her own agenda in tracking down India and getting the truth from her.  Right now, all Lucas wants to do is get his mother to shut up so he can get on with this task and be done with it.  He might be former Special Ops, but now he simply wanted peace – and he wasn’t about to find that until he got answers, any way he had to resort to in finding the truth.  What he discovered was the last thing he expected.

All India is looking for right now is peace.  The constant running from the cameras, the reporters, the long road to recovery, the still healing injuries, and the nightmares that will not allow her any rest are all she knows right now.  She has no clear memory of that night, of the accident that changed lives forever.  Oh, it’s buried somewhere in her mind, yet the only way she seems able to access that knowledge is through the nightmares that fade like wisps when she awakens.  Nightmares, a life long, life affecting injury and a very large insurance settlement – that’s all she’s taken away from that night.  She’s come to Glacier Creek to hide, to find herself, and hopefully to heal as well.  She wasn’t expecting the attraction for Lucas or that he seemed to just as quickly want to be with her.  She could be herself, she could hope for the future and maybe she could trust in this man who turned her life upside down in a good way.

Or maybe she could lose everything she thought she’d gained because of one lie, one omission of truth.  Lucas held back one important piece of information from her, and in doing so has destroyed her all over again.  How can she trust him again, no matter his “reasons”.

India and Lucas’ story is full of intrigue, heartache, frustration and hope.  It’s obvious that they love each other, yet one vital bit of information was held onto for just long enough to cause major trouble.  Their romance is full of potholes, but while the road to a happy ending is not always smooth two people who belong together will make that ending a reality.  I enjoyed A Soldier’s Homecoming and would recommend it to any Contemporary Romance reader who enjoys a mystery, believable characters, a nasty person to be dealt with and a happy ending eventually.