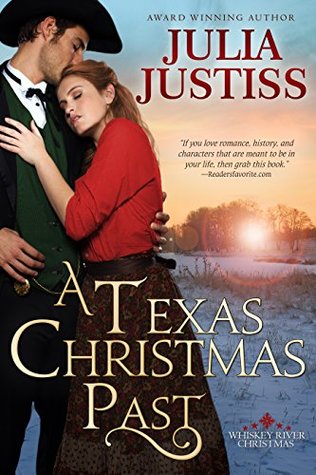 Death denied Felicity a future with the man she loved, but her spirit lingers in the the Harwood House Hotel hoping to heal broken hearts and help them to find love again….

Widowed World War I nurse Audra Donaldson returns from France planning to devote her life to helping those suffering the lingering effects of war—effects she knows all too well, as she suffers from them herself. When, staying at the Harwood House Inn on a Christmas visit to her brother, she hears a man in the throes of a violent nightmare, she goes to him without question—and is stunned by a physical attraction as strong as her desire to help.

About to embrace the beautiful angel come to save him from the horrors of the battlefield, former soldier Drew Harwood recoils when he realizes Audra is real—and has seen his “weakness.” Brusquely rejecting her offer of help, he intends to avoid her. But more than just her beauty continues to draw him back. Though this compassionate, kind, and giving soul has seen more of war than he has, somehow, talking with her brings him peace–and seems to comfort her, too. If he can just resist acting on the desire she’s ignited in him since his first glimpse of her…

But someone else was watching, too. After tragedy denied Felicity a future with Drew, her dying wish was that he live his life and be happy for them both. To her sorrow, a year later, her former fiancé is still struggling. Deciding Audra is the perfect lady to heal the wounds of her beloved, this determined ghost resolves to bring Drew and Audra together. Who can resist a love that lasts beyond time?

A Texas Christmas Past is a story with many layers.  Some layers are light hearted and charming, others are darker, more into the realm of nightmares than dreams for Drew and Audra both know the ravages of war and neither has emerged unscathed.  At the ending of World War I the medical profession was only beginning to understand the emotional, mental and physical aspects of what was then called shell-shocked and now we know as PTSD.

Drew was injured during the war as his limp is a constant reminder of a leg that no longer works as it once did.  What destroys his nights, and sometimes days, are the dreams, the memories of battle.  And he will not acknowledge them as he sees them as a weakness that he must overcome on his own and hide until he can.  Added to his anguish is the death of the woman he was to marry, Felicity, to a savage outbreak of Spanish flu that stole so many lives.  He had just returned home and within hours had lost the love of his life, the woman who he fought to return to.  Now he is a completely closed off man who lives in constant nightmares of the past and sees no future that will give any relief.

Audra also knows the terrors of battle as she was a nurse tending the wounded, often within the range of artillery shells  She is a widow who has resolved to never risk love again for to lose someone is simply to painful to bear.  She also suffers from nightmares where she is back on the battlefield, although she has an advantage of knowing of breaking developments in the treatment of shell-shocked soldiers and utilizes those methods on herself.  She’s traveled to Drew’s ranch where her brother now lives and works alongside of Drew for a month long visit, and to establish herself at a nearby hospital where the staff is also working with soldiers returning from the war.  Two people who battle similar emotional and mental anguish and who can easily understand what the other is going through.  The difference is Audra is willing to acknowledge her troubles and works to resolve them – Drew is in denial and continues to fight anyone who tries to help him.

One woman who was denied her time with her loved one will work to bring Drew and Audra together… as much as a ghost can.  She wants the man she loves to find happiness, to love again and Audra is perfect for him, he just has to see that.

It’s very easy to get caught up in Audra and Drew’s story.  I ached for them both for perhaps different reasons.  Drew is so stubborn, yet once he lets his guard down he is so tender with Audra.  They will not have an easy path to a happy ever after, but the difficulties they face will make the ending that much sweeter.  I laughed, I definitely cried and at times my heart broke for this couple.  A Texas Christmas Pastis an excellent introduction to the Whiskey River Christmas series, and one that I would highly recommend to any reader who enjoys a touch of whimsy and a touch of reality in their romance reading.  I believe you’ll find your heart touched by this romance, and isn’t that why we read Romance?