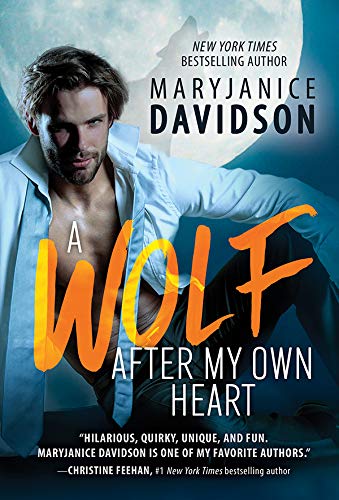 Orphans and humans and weres, oh my!

Oz Adway is a rare breed: an accountant who wants to get dirty. And, by the way, a wolf shifter working for the Interspecies Placement Agency. Bored with his safe office job, he volunteers to find runaway bear cub Sally Smalls, recently orphaned by a plane crash. Piece of cake, right? Unfortunately, Sally’s taken refuge with “ordinary” human Lila Kai, a reluctant guardian who has no idea what’s going on but will destroy anyone who tries to take the cub. Not that it matters. Oz is not about to let a gorgeous Stable jeopardize his career move.

As for Lila, she knows something’s different about the sexy weirdo who keeps popping up in the wrong place at the right time. She’s determined to figure out what, regardless of the escalating threats to her safety and Oz’s distracting hotness. She didn’t move into a cursed house and take in a werebear just to run when things get complicated. Together, Oz and Lila will prevail! But only if they can keep their hands off each other…

Put away your pocket protectors: This hilarious story includes a nerdy shifter accountant with a bad-boy side, a fiercely protective human heroine, and a baby bear cub that will make every reader sigh in cuteness.

The BeWere My Heart series continues with A Wolf After My Own Heart, a delightfully not really steamy but funny, lovable romance between two most unlikely people — and one adorable little runaway bear cub shifter who will steal your heart.

I enjoyed Lila and Oz’s adventures very much yet I do want to mention that this author’s sense of dark humor, her delivery might not be for everyone – just keep on going for the story itself is entertaining and easy to slip into… for the humor, the mystery, and one adorable little girl if nothing else.

Lila is a human who drives a decommissioned ambulance, lives in a probably haunted house, and will soon discover that she lives in a paranormal town full of shifters of all types.  She’s been oblivious to all this until she runs across a bear cub who seems to have attached itself to Lila.  Well, being a teddy bear surgeon (yes, such a profession exists) not quite used to the real deal, Lila does her best when the baby bear keeps showing up – right up until she shifted into a little girl, then all bets were off.  But that doesn’t mean that she’s about to abandon this precious little one, nope, not going to happen, even if she does have to deal with the sexiest male she’s come across in quite a while.

Oz might have been trained as an accountant but he longed to get out in the field and do the work he felt drawn to, helping the helpless.  Yet on his first field assignment, things aren’t going quite to plan since the little bear shifter keeps escaping and refuses to believe that her parents were killed in a plane crash.  Little Sally keeps giving him the slip and taking refuge with a human who Oz would very much like to get to know better – in different circumstances.  Right now, he has a bear cub to protect, a mystery to solve, and perhaps a mate to claim… eventually.

I enjoyed my time in A Wolf After My Own Heart.  Yes, there were times when the POVs were a bit cloudy at first, but that was soon cleared.  While this certainly isn’t the steamy, sizzling shifter romance many readers are accustomed to, it’s still a love story that will entertain and definitely draw a chuckle out of you.  I had fun here and look forward to the next visit to this series.

Available in audio or your favorite e-book, mine is the Kindle

Tags: A Wolf After My Own Heart, BeWere My Heart #2, MaryJanice Davidson, paranormal romance, Shifter Romance