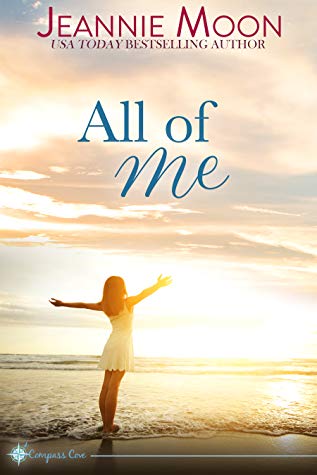 We first encountered a younger Lilly and Jack in the first story in this series, THEN CAME YOU.  At that time my heart ached for Lilly since she was so certain that Jack was her special one, even if he was a bit older.  His rejection hurt badly, and perhaps lead her to make different choices which backfired big time.

In the latest story in the Compass Cove series brings Lilly and Jack together once again, older, maybe wiser, and this time ready to let the attraction between them take control.  Jack may try to stay professional, to keep his distance but he knows it’s a losing battle with himself.  Lilly is in serious danger and he won’t let anything happen to the woman he’s come to love.  My heart ached for the younger Lilly, I was ready to champion and defend the now older Lilly.  She’s been through a lot, she’s changed some but in her heart, she still thinks Jack is her special one – even if she’s fighting that attraction that simply will not go away.  Now in spite of her past making an unwanted appearance in Compas Cove, she’s falling for the man who she’s always loved but now sees on a different level.  Maturity will do that, let us see what we ignored in our youth.

I enjoyed Jack and Lilly’s romance.  Friends to lovers is a favorite trope for me, but seeing a young crush turn into real love with maturity and respect has to touch my emotions – for don’t we all wish some of those younger crushes of ours might have turned out differently?  We get the chance to catch up with old friends and perhaps get a taste of what may soon come to Compas Cove.  I had a blast with ALL OF ME, and if you enjoy a good romance, believable characters, a bit of mystery and two people finally discovering that happy ever after does exist, then you’ll want to pick this one up.  I’d not hesitate to recommend ALL OF ME or any of the stories in this series.

« Buried in the Stacks by Allison Brook
The Christmas Romance Releases Are Coming! »