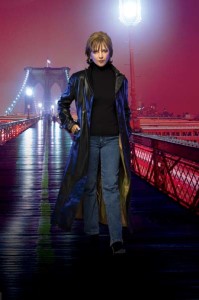 I would say you could pick up any of the books and have a very enjoyable reading experience.  The interactions of the characters might not be clear when past cases are referred to, and like a long-running TV show like Law & Order characters grow and their relationships change and deepen – but you could enjoy the books.  The better way is to just give in and immerse yourself in the total series.  The older titles can be found if you search for them – and it is well worth the time and effort.  (Libraries are a great source for these books if you don’t want to go to the expense of buying the entire series)

At one time I had reviewed every single one of the …in Death stories.  Recently, I had to delete a blog due to faceless idiots who find joy in taking what is not theirs.  So all of those reviews are no longer in one place.  It would be – space-consuming to repost them all here at Keeper Bookshelf (although, I may, in time).  For now, I’ve linked the reviews to the most recent that were cross-posted here as well — and new reviews will be linked as they are released.  It’s a shame, but it’s also part of life online.

Remember When is a dual novel with a current time, contemporary romance story by Nora Roberts – continues as suspense, a futuristic mystery by J. D. Robb with Lt. Eve Dallas.