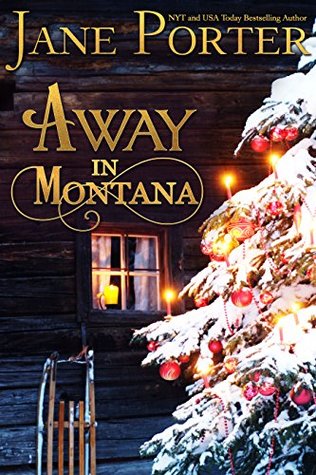 Beautiful, spirited heiress McKenna Frasier–daughter to one of the Butte Copper Kings—vowed eternal love to Sinclair Douglas before she left for college and an introduction to society. Four years in New York and travel abroad have opened her eyes, making her realize she wanted more than marriage and a simple Montana life. But when McKenna commits an unforgivable transgression and destroys her reputation, her dreams are shattered and she is forced to return to Montana disgraced, disowned and unmarriageable.

Sinclair Douglas left Butte to escape the Frasier power and Frasier name, but suddenly all anyone talks about in Marietta is scandalous McKenna Douglas, Paradise Valley’s new teacher. Sin doesn’t want to know about McKenna anymore. He doesn’t want to have to help her, and he sure as hell doesn’t want to love her. But McKenna has lived so long in his heart that it’s her home–even if she doesn’t deserve to be there.

But if there is one man who knows how to rebuild a life when all dreams have been smashed, it’s fierce, uncompromising Sinclair Douglas. Can Sinclair and McKenna heal enough to find their own Christmas miracle, and one more chance at love?

Titles in this series include:  Away In Montana – Married In Montana (June 2017) – Home In Montana

The rules for women in the late 1800’s were far, far different than those we face today.  Then a mistake, even a perceived mistake could cost a young woman her reputation, and just about everything else, for in that time a woman’s reputation was her fortune… no matter her wealth.  McKenna Frasier was young, beautiful, headstrong, stubborn and convinced that the stupid rules of society didn’t apply to her.  They were ridiculous and she ignored them when it suited her, even those times when that little voice was saying in her head… you’re going too far… still, she continued doing what she pleased.  Oh, there wasn’t a mean bone in her body, she simply wanted her freedom and independence.  Her mistake, the real one, was in trusting the wrong man – a man with a very different agenda than hers.  And her fall, when it came was long, painful and life changing.

Sinclair had loved McKenna since she was around 13.  Yes, to start it was a friendship that slowly turned into a deep, abiding love for her that it seemed nothing could ever change.  He knew the chances of ever being able to marry were against them.  He was the son of a miner, then a miner in one of her father’s mines.  She was an heiress.  So he, at least, had no rose colored glasses to see the true situation.  Yet he was determined to become a man she would be proud to marry and he worked his way up through the mines to management.  Right up until a horrific accident took lives – then he walked away and sought his fortune elsewhere.  And was successful.  He had let McKenna go when she went off to college, then trips to New York or the continent.  They wrote, well, he tried but he never was too good at writing and his work in the mine was exhausting so the letters dwindled over time.  Still he held on to his hopes.  Right up until McKenna’s fall from grace.  Even in these backwaters, the gossip mills still worked very well.

Now, McKenna was back in Marietta, Montana.  Her father had disowned her, cut her off from funds and family.  She was hired as a school teacher for the area, with a tiny split log cabin on the edge of the school property.  She lived on the kindness of neighbors, well, the ones who actually spoke to her.  She kept her head down, did her job and survived.  It was a Halloween party that she had forced an invitation to that McKenna finally realized just how long reaching her actions were as she was snubbed, ignored and looked through by the town’s good citizens.  People she once called friends would have nothing to say to her.  And the man she’d loved and hurt gave her the biggest set down of all.  She truly was at rock bottom now, and she, as well as the townsfolk, knew it.

I have been waiting to read Away In Montana since I first heard of it – and it was a wonderful experience.  To go back in time to meet the founding members of some of the well known families I’ve come to love in modern day Marietta was a pure joy.  McKenna and Sinclair Douglas was the perfect couple to start this series off.  I cannot remember a time when I felt a character’s pain so vividly as I did with McKenna.  There were moments of tears, I’m not ashamed to admit that.  She was so isolated, so lonely, so determined to make it no matter what.  She would survive.  Sinclair’s pain was equally strongly felt, but for different reasons.  It was so obvious that these two people belonged together, yet society’s rules of the time simply stood in their way.

This review has gone on too long as it is – but the truth is I could talk about this story for hours.  If you have ever visited Marietta, Montana and enjoyed the uniqueness of that town, the surrounding areas and the amazing people who live there then you owe it to yourself to go back in time to the beginning for a fantastic story of love, loss and rediscovery.  I cannot give high enough praise for this story.  It will draw you in and wring every emotion possible from you as you fall into the lives of McKenna and Sinclair.  It’s impossible not to.  And the ending… there are no words for that ending.  You need to read this one.  You deserve it.

One response to “Away in Montana by Jane Porter”