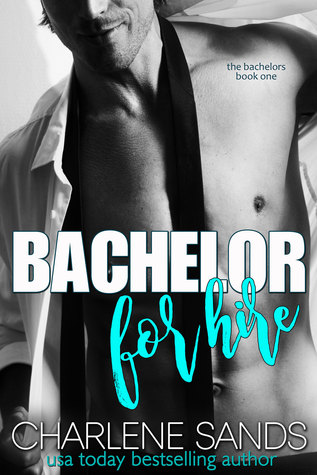 I have to admit, I am hopelessly devoted (and addicted) to any story featuring Marietta, Montana.  Once again the bachelor auctions are heating up this small town with a huge heart.  The cause this year is near and dear to the men up for bids.  Their high school football coach has asked four of his former players to take part in this year’s event.  The proceeds will, hopefully, take the plans to build a medical helipad on the roof of the Marietta Hospital over the amount needed to get started on construction.  The men know that this project is personal to Coach D, and they all agree – it’s just a weekend date, not anything that’s going to rock their worlds. *insert a knowing grin*

Hayley is back in Marietta to close down her Grandmother’s house.  She had recently passed away, the only solid, dependable influence in Hayley’s life, since her parents were too busy globe trotting to raise their own daughter.  Hayley has received what appears to be a threatening note, and she reaches out to the one man she trusts for protection.  A man she’d left behind, run scared from after their intimate moment as teenagers was interrupted.  She had plans and they didn’t include staying in Marietta.  She never expected Cody to refuse.

Cody had returned to Marietta to help out at his uncle’s ranch – well, hide out might be more accurate.  After Hayley had run out on him, he joined the military then years later had co-founded a security firm with a close friend in Texas.  Hayley never knew that when she ran she took his dreams with her, and now that she’s back and asking for his protection – he simply cannot trust himself to keep her safe, not with their background.  A few months back Cody had been on a bodyguard assignment where he got personally involved with the client, and it ended badly.  He won’t take that risk again and is at the moment floundering not knowing where his future lies.

Hayley learns of the bachelor auction taking place that night.  He might have turned her down, but she was determined to have the one man she trusted to keep her safe, and maybe there was more behind her determination.  But she’d never know if she couldn’t spend time with Cody.  So she outbid every lady that night and got her man.  Now, what to do with him.

Bachelor For Hire is a fun, charming, sexy love story with a touch of danger threaded throughout.  Cody’s a good guy, he’s just been burned and doesn’t trust himself at the moment.  He knows Hayley will return to her acting career in Hollywood and break his heart all over again… so he keeps that wall in place, until it begins to crumble.  Hayley knows what she ran away from, and if there is any chance of salvaging what they once had then she will fight Cody to get to that happy ending.

With a believable couple, charming secondary characters and a love story that touches the heart Bachelor For Hire is a lovely romance that brings on all the feels that a good solid romance should.