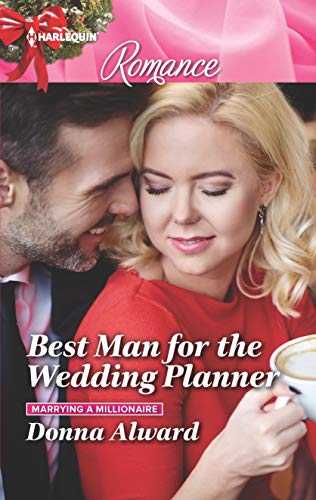 Sometimes we make decisions that feel right at that moment, but in reality will stay with us for long, long after the dust has settled.  Adele made such a decision years ago.  She did what she thought was best for the man she loved, but in the end her choice hurt them both to the point where neither has found that type of commitment, passion or love again with anyone else.  Each may have moved on, but neither was truly done with the other.  Now, almost a decade later they’ll face each other again… and maybe find not closure but a second chance to get it right for them this time.

The people we’ll meet in Best Man for the Wedding Planner will break your heart and mend it again, perhaps even better than before.  I won’t even call them characters for this story has such a realistic, believable feel to it that I certainly was invested in Adele and Dan’s lives and future.  I “got” why Adele made that fateful decision.  I really, truly did.  When you love someone you’ll put them first, and that is what she believed she was doing… but perhaps Dan should have had some say in that since he’s been left feeling betrayed, with deep hurt and anger for years.  This wedding, which seems to have one thing after another go sideways could be the perfect setting to finally get answers, close the door on the past… and maybe open another door to a future with possibilities.

I became so invested in this couple’s future that I’ve already pre-ordered the next story, Secret Millionaire for the Surrogate so that I’m guaranteed to not miss a thing in this emotional, engaging saga.  Since I don’t often pre-order books, that perhaps is a very strong statement of how much I enjoyed this look into a very special couple’s love story.  If you enjoy a truly emotional romance with bits of humor, some serious soul searching and a love that already has gone through so much… then I’d highly recommend Best Man for the Wedding Planner for your need to read list.  I was seriously captured by this couple and I believe you will be, too.