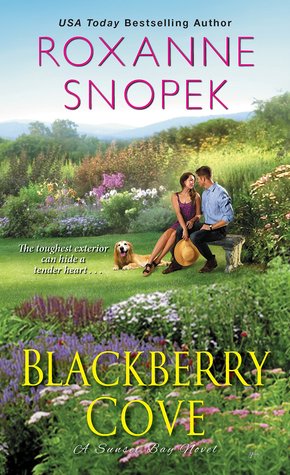 Amid the wildly beautiful beaches of Sunset Bay, Oregon, lies Sanctuary Ranch, a refuge for strays, both human and animal. A place where love and healing go hand-in-hand . . .

When journalist Jonathan Byers leaves L.A. with his career in tatters, he heads to Sanctuary Ranch, determined to settle some of his personal affairs by putting his aging father in a seniors’ home. But his father stubbornly refuses to leave his secluded retreat–and has even rallied Sanctuary Ranch’s beautiful gardener to his cause. Something about sexy, mysterious Abby Warren piques the rugged reporter’s investigative instincts–and his interest–luring Jonathan to stay a little longer . . .

Having found her own healing at Sanctuary Ranch, Abby knows Jonathan’s hard-headedness hides a wound that needs mending. Believing a time-out in nature will help father and son see eye-to-eye, she welcomes Jonathan into the only haven she has ever known. But Abby never expects to find herself so drawn to him–or that he will uncover devastating secrets she’d hoped to keep long buried. Will their deepening connection be enough to steer them through the darkness ahead, and toward a bright future for everyone?

Some stories are just destined to rip your heart out and then heal it back up whole again from the very start.  Blackberry Cove is such a story.  If you’ve read any of the Sunset Bay stories then you’ll feel right at home with this one – if you haven’t, no need to worry, you can easily enjoy this story on its own but it will most likely have you itching to read the two earlier stories as well.

For Abby and Jon, Blackberry Cove is very much a story of secrets and changes, of accepting the past as it cannot be changed, dealing with the present since that is the moment we live in, and preparing for the future with its guarantee of changes both good and sad.  Abby and her sister Quinn have settled into Sanctuary Ranch where Abby loves to bake and Quinn feels secure.  The fact that this is a place for both humans and animals to heal is quite clear from both sister’s renewed look on life.  Yet Abby is keeping secrets, and the trouble with secrets is that they eventually are revealed and not always under the best of circumstances.

Jon has returned to Sunset Bay without a job, his dreams in tatters and facing the changes that life brings to his aging father.  When he arrived he had a set plan in mind, but slowly that changed with time spent with Abby and his father.  However, the mark of a good man’s resilience is shown when secrets are revealed, and life takes another turn.

There are just as many life lessons to be learned as there are romantic moments for Abby and Jon.  I’ll not be giving any of that away, for some things are best discovered firsthand for yourself.  Blackberry Cove is filled with interesting and unique characters, both human and animal, lots of laughter, some tears and a huge slice of real life… the kind that can and does happen to us all.  I enjoyed my time back in this world once again and would not hesitate to recommend this story or the entire series to any reader who enjoys a very good story, likable characters, realistic situations and the healing power of friendship, love and our animal friends.