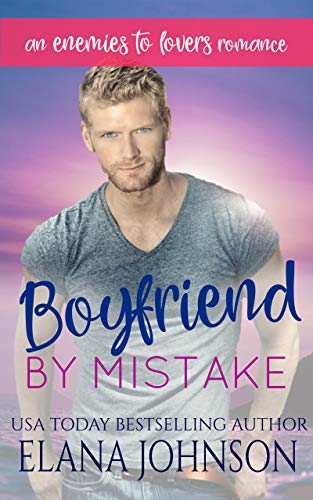 I love a good enemies-to-lovers romance, especially when the two have a history that also plays into their current situation and BOYFRIEND BY MISTAKE covers all those bases very well.

Lissa and Shawn were relatable characters.  I completely understood both of their sides, and maybe there was blame to place yet who hasn’t done something foolish and stupid in their teens?  I know I sure did.  Shawn’s decision to not follow through on his mission comes early on and that made all the difference to me in respecting the man he’s become.  Lissa broke my heart a few times, it always seemed that just when things were going right something went wrong for her.  And again, there’s that respect thing.  When she made mistakes she owned them, it might have taken a bit of time but she did own them and that mattered to me.

I enjoyed this opening story to the series very much.  An island small town, a tight-knit community, interesting secondary characters that I hope to know their stories one day, and a couple that worked together, made mistakes and learned from them to find their own happy ever after.  I’ll be following this series – and I would definitely recommend it if you love a good romance with some drama along the way.