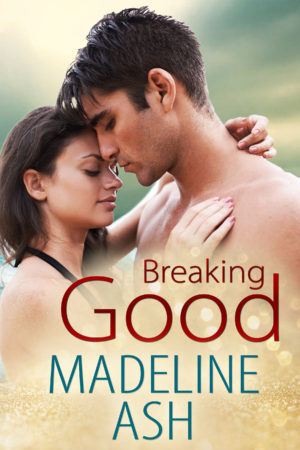 He wasn’t good for her. He never would be.

At eighteen, Stevie Case finally surrendered to her attraction to bad boy Ethan Rafters, sharing one night with him before she graduated and he skipped town on a one-way road to destruction. Years later, Stevie has hit back life’s curve-balls and is no stranger to hard work, but when she finds herself working for Ethan, who’s turned his life around, her world shatters not only because their chemistry is still fierce and undeniable but because fate separated them before she could tell him he has a son.

Ethan desperately wants to be a good father and a partner yet he believes he’ll never be normal. The chaos that defines his life has destroyed his relationships, yet Stevie’s acceptance of his flaws tempts him with a life he thought impossible.

Dare he risk Stevie’s life of hard-fought stability for his own chance at happiness?

(while Tule Publishing often has titles listed in more than one series… ) at this time = Titles in this series include:  The Playboy – Her Secret Prince – You For Christmas – Breaking Good

Breaking Good has many layers that will draw the reader in to Stevie and Ethan’s story.  As teens they’d had one night together before Ethan left town never to be seen or heard of again.  Stevie believed that he was dead… she was wrong.  While on vacation with her young son, Zach, she answers an ad for a painter in order to pick up some additional cash.  When she meets the man who’s hired her Stevie’s world tilts and everything she thought she knew for certain is in question.

Ethan had his reasons for leaving.  He’s carved out a new life, a better life… and now he has to find a way to put this woman who he’s always wanted and an unknown son into his life.  And he’s clueless on how to accomplish that.  He wants desperately to be a good father, he understands that there was no way that Stevie could have told him about Zach.  Yet he believes because of his own issues that he could never be a good father or the man that Stevie need in her life.  Without giving away spoilers, I have to say that many people deal with Ethan’s issue on a daily basis.  He has made the decision to not ask more out of life, and now has to question that decision when Stevie and Zach enter his life.  When the right person loves you, it’s amazing what can be faced together.

I enjoyed this couple’s story very much.  They have a lot to face, but together they can do anything.  Ethan must come to that conclusion on his own.  Stevie has to deal not only with finding Ethan alive but with the aftermath of telling her son that his father is dead.  This family has a lot to deal with and it won’t be easy putting the pieces together to make them work.  Following their journey to finding that special kind of love was heartbreaking at times,, frustrating at others but it was their obvious love for each other and their son that made this story flow so easily.

I would recommend Breaking Good for any reader who enjoys going deeper into the personal conflicts that make up a couple and a family.  It’s a good solid romance with believable characters placed in difficult circumstances.  Love can conquer anything… it might take a little time and stubbornness but it is possible as Stevie and Ethan prove.