Posted June 16, 2020 by Marsha in Connection to another series, Contemporary Romance, Series / 0 Comments 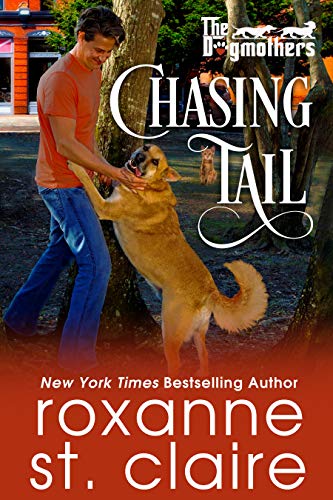 When firefighter Connor Mahoney decides to run for mayor, he’s confident of victory because of his brilliant idea to put Frank, a local canine hero who saved a drowning child, on the ticket with him. Then Connor gets some unwanted help from the Dogmothers, who think a pretty new arrival from Washington DC would make the perfect campaign manager for their highly-eligible bachelor grandson. But no matter how much Connor likes the idea of working with the gorgeous Sadie Hartman, she’s doing her best to keep him at arm’s length.

Disillusioned by politics after working in DC, Sadie doesn’t want the job, no matter how smoking hot the sexy firefighter is or how much his sweet grannies push. But then she learns that the race has another candidate – a man who was instrumental in wrecking Sadie’s family. Uncertain the “dog and firefighter” can win, she launches her own campaign to be mayor of Bitter Bark.

But Connor and Sadie are both in for a big surprise when a two-hundred-year-old law is unearthed to upend the entire election. Then, the only way for Sadie or Connor to save the town from a terrible mayor is to join forces in a way no one is expecting. As Sadie and Connor discover that the best part of running against each other is literally being against each other, it doesn’t take long to figure out that sometimes winning the race means losing your heart.

It didn’t take me long to fall in love with the characters or the plot for ‘Chasing Tail‘, the fourth title in ‘The Dogmothers‘ series.  Connor and Sadie are quite formidable people, each with strengths and baggage to deal with… but most of all a unique solution to an intriguing old bylaw that sets up their faltering romance to a place that allows each to shine, get to know the real people and convince a town full of doubters that either of them (or one special dog) would make the best Mayor of Bitter Bark.

While I loved Connor and Sadie, both individually and together as a couple it was the furry four-legged characters who really stole my heart – Frank, one dog who has lived on his own for far too long with a few unique habits, and one stray cat with a mind of her own.

There are some twists within ‘Chasing Tail‘ that gave me pause while thinking of a person’s motivation for doing the wrong thing for what they perceive as the right reason.  Not that I agree with the villains’ actions or reasons, it just gave me something to think about as Connor and Sadie’s romance wound down to the ending.  This time around the lovely Gramma Finnie and Yiayia, otherwise known as the Dogmothers, aren’t as central to the story but their presence is never completely out of sight or influence.  I had fun with this story, ran into a lot of book friends and I’m definitely ready for the next story in this series (which just happens to be on my Kindle waiting for me).  If you love a really good romance, a slightly unusual courtship, and furry friends then you’ll want to pick up this addition to ‘The Dogmothers‘ series as soon as possible.