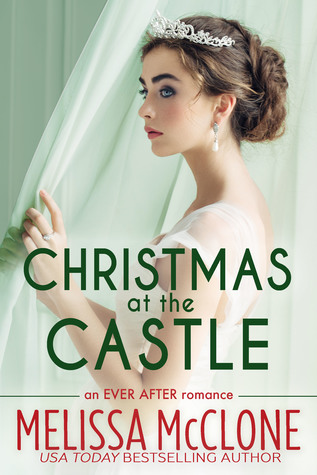 A royal wedding. A meddlesome mother. An unexpected union.

A European getaway during the Christmas holiday is exactly what veterinarian Katrina “Kat” Parsons needs. She can’t wait to be a bridesmaid in her childhood friend’s royal wedding, but she hopes to steer clear of the bride’s arrogant older brother.

Crown Prince Guillaume wants his younger sister’s wedding day to be perfect, but he’s suspicious of Kat. He and his mother on are on high alert, afraid Kat is not just there for the wedding, but also to find a prince of her own.

But when Kat’s kindness and generosity prove them wrong, the prince realizes there’s more to her than he ever imagined. Can he trust his heart or will he lose the one woman he can’t live without?

Titles in this series include:  The Honeymoon Prize, The Cinderella Princess, Christmas at the Castle

Read on for my thoughts on Christmas At The Castle.  No true spoilers, promise.

Combine a fairy tale-ish country, a few wicked folks, a mistrustful, arrogant brother who just happens to be a prince add one innocent woman who is exactly as she appears and you have the makings of a modern day fairy tale.

Kat hasn’t had an easy life, still she’s upbeat and devoted to the animals she cares for.  Close to drowning in college debt and tied to a contract that ensures that she won’t get out from under that pile of owed money for the foreseeable future, Kat is determined to make the most of the joys she does have.  One of those joys has been saving the money to be able to attend her childhood friend’s wedding.  Sophie is a real life princess, and while Kat may feel like a fish out of water during this vacation, she’s also determined to enjoy every moment of it in spite of Sophie’s brother being an absolute arrogant jerk around her.

Gill intends to watch his sister’s friend like a hawk.  Nothing will spoil this day for Sophie, not even a “friend” who is obviously on the lookout for a rich husband among the wedding guests.  After all, she is under a pile of debt, what other possible reason could there be for her to be so nice and adorable around everyone.  She has to have a hidden agenda, and Gill is going to be right at her side to deny her any possible prize or potential scandal.

But what if he’s wrong?  What if Kat truly is a kind, caring woman who wants nothing from this trip but to help celebrate her friend’s wedding?  What if he’s been putting roadblocks in his own happy ever after?

Christmas At The Castle is a charming, Christmas fantasy come true.  I enjoyed Kat and Gill’s romance very much, even when it was quite rocky because of one man’s past.  Sometimes what you see on the surface goes all the way to a person’s core, and Gill had to discover that truth about Kat before he could allow himself to admit that she was the one for him.  Delightful, entertaining with an implied happy ever after but one that I was convinced was happening – this is a fun, thoughtful love story that any Romance reader would enjoy.

*I received an e-ARC of this novel from the publisher via NetGalley. That does not change what I think of this novel.  It is my choice to leave a review giving my personal opinion about this story.*