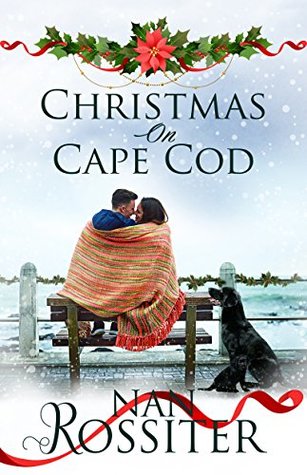 With Christmas just around the corner, Asa Coleman has his hands full keeping up with his young son Noah’s rambunctious spirit. Whether he’s playing Santa or keeping a furry surprise under wraps, the joy Asa feels in Noah’s delight is all he could ask for as a single father.

His best friend Maddie Carlson has been more than helpful throughout the season’s sometimes overwhelming rush of activities, and she can’t help but see how well she fits into their lives. But as always, something holds Asa back from accepting the happiness he deserves.

Except this year, when it’s time to open gifts, something special might surprise them all . .

Christmas on Cape Cod has a connections to characters introduced in The Gin & Chowder Club.  Not necessary to have read the earlier work  to enjoy this one – but know there is a connection.

Christmas on Cape Cod is a charming look at Asa’s first year as a new father, the discovery that his best friend might indeed mean much more to his heart and the magic that the Christmas season brings.  Some of the characters in this novella were introduced (at a younger age) in The Gin & Chowder Club.  For this novella I’m going to say that it’s helpful to have read the earlier work but not absolutely necessary.  Yes, there are character developments that you won’t have… but in reality, that Asa was a young man, and now he’s a mature man with a young son to raise and the possibility of a romance on the horizon.  Both are very good stories, so that choice is up to you.

Asa wants this first Christmas with Noah to be absolutely perfect.  Now, we all know that never, ever becomes a reality but Asa is determined.  He’s invited his best friend, Maggie, to their Christmas celebration on the Cape needing her steady presence as much as wanting her company for himself.  Asa has no real clue how much Maggie cares for him, but this year he just might finally realize just how much Maggie means to him… far beyond friendship.

Christmas on Cape Cod is full of new family traditions while holding on to some from the past, laughter, a few tears and love growing between Asa and Noah… and with Maggie as well.  I enjoyed this short story full of promise for the future, and watching a family be born.  If you love the magic of Christmas, a beautiful setting and all the trappings that make up a festive season then you’ll fall in love with Asa, Maggie and Noah as well.

The Corner of Holly and Ivy by Debbie Mason

The Corner of Holly and Ivy by Debbie Mason