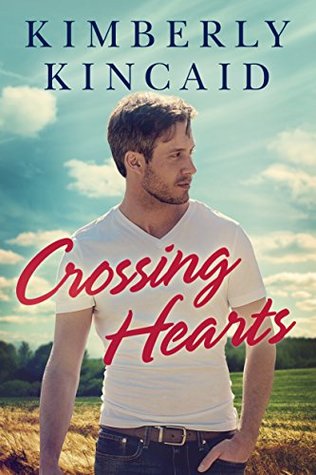 Hunter Cross has no regrets. Having left his football prospects behind the day he graduated high school, he’s happy to carry out his legacy on his family’s farm in the foothills of the Shenandoah. But when a shoulder injury puts him face-to-face with the high school sweetheart who abandoned town—and him—twelve years ago, Hunter’s simple life gets a lot more complicated.

Emerson Montgomery has secrets. Refusing to divulge why she left her job as a hotshot physical therapist for a pro football team, she struggles to readjust to life in the hometown she left behind. The more time she spends with Hunter, the more Emerson finds herself wanting to trust him with the diagnosis of MS that has turned her world upside down.

But revealing secrets comes with a price. Can Hunter and Emerson rekindle their past love? Or will the realities of the present—and the trust that goes with them—burn that bridge for good?

Titles in the Cross Creek series include:  Crossing Hearts –

Crossing Hearts begins Kimberly Kincaid’s newest series Cross Creek with an amazing romance that will capture both your heart and your imagination.  Most of us have at some point in our lives played the “what if…” game.  Yet for Hunter and Emerson that question has the chance to be part of their future reality – depending on how things go.

Life has thrown Emerson for a tailspin of a loop.  She had the job she loved, in a location she adored – she pretty much had it all, if not the right guy at her side.  One diagnoses changed all of that.  Realizing that she would no longer be able to keep the pace she’d been living and working at for much longer, Emerson did the last thing she ever intended to do.  Go home.  Home to parents who mapped out her life for her instead of letting her do what she wanted in life, and the boy who’d offered everything she’d ever need as long as it was a life lived in their small town.  She’d loved the boy, but that wasn’t the life she intended to have so she left and made herself never look back.  Right up until that choice was taken away from her by her own body’s actions.

The very last person Hunter would have expected to run into at the doctor’s office at physical therapy was Emerson.  The one that got away, the girl who’d broken his young heart, the life he might have had if she’d stuck around.  They may have been apart for about twelve years, but he knew this woman and she was hiding her reasons for returning home.  Now he had to decide if he wanted to travel that road again, if a second chance would be worth the risk if she bolted again.  Could he be foolish enough to give her the chance to break his heart again – he wasn’t sure he’d survive it again.

I enjoyed Crossing Hearts very much.  As the first book in the series I expected some world building, introductions to the main and secondary characters – to me, that’s a given, but it felt natural, flowed with the story and wasn’t an information dump, which I’m always grateful for.  This is a believable romance with real life consequences attached.  Life isn’t always smooth, sometimes life has a powerful punch headed straight for us and there’s not a thing we can to change that.  Since I live with someone who has their own life altering diagnoses, I know how easy it is to try to do something to help and it only turns out so much worse.  So, perhaps I understood Hunter’s thinking a bit faster than Emerson could – but I got both of their reasons.  I know it sucks, life is often so stupidly hard – but if you’re lucky enough to have the right person willing to stand with you through all the harsh stuff grab them tight and don’t let go.

I would definitely recommend this story and I’m looking forward to the rest of the series.