Posted May 20, 2017 by Marsha in Contemporary Romance, Series / 0 Comments 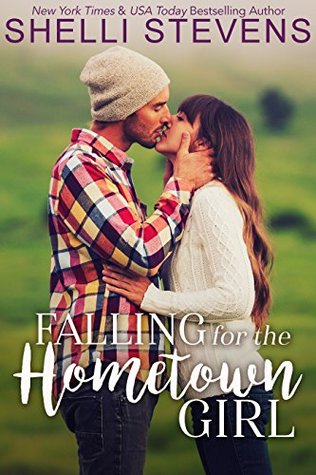 Katie Marshall is known for her ‘girl next door’ reputation and for always playing it safe. So, when she books a bachelor party from Seattle at the Marshall Ranch, she isn’t sure what to expect until trouble strolls in–Hunter Richardson, local bad boy turned successful software tycoon…and Katie’s job gets a lot more interesting.

Hunter has always struggled to find his place in Marietta. Now, somewhat reluctantly, he’s back in his hometown and not looking forward to a week on a cattle ranch… but that all changes when he sees Katie, the girl he could never forget from high school. A girl he shouldn’t want anything to do with. Soon, he realizes he wants much more from her than just a guided tour of the Montana landscape.

Hunter’s plan had been to get through the week, before returning to Seattle and his million dollar gaming company. Instead, he finds himself falling for the hometown girl…

Titles in the Marshall Ranch series include:  Protect Me, Cowboy (also in the 78th Copper Mountain Rodeo series) – Falling For The Hometown Girl –

You can take the boy out of Marietta, but eventually the man will return.  Hunter had shaken the dust of Marietta, Montana off of his shoes long ago for the trendy city streets of Seattle.  He’d always been the nerd, the geek, the kid picked on for either his perceived bad boy rep or for his non-cowboy ways.  He loved gaming and creating games more than sitting in a saddle – even though that was far away from the reality his family could afford.  He’d left this small town, made his fortune in his chosen field and never looked back.  Except maybe for a few fond memories and to force himself to visit his parents.  Why he’d thought this Ranching Cowboy bachelor party was a good idea now escaped him.  But he was here… and so was Katie.

Katie was a country girl through to her golden heart.  She’d tried the big city for college, but it wasn’t her and she happily returned home to her family ranch.  Now the ranch was profitable, in the off season they rented out the cabins for get-away vacations.  She was content.  Or so she thought until Hunter returned to town.  Oh, he’d been a rebellious kid back then, and they’d only had one class together but he was the local boy who made good in the tech field.  The man he’d grown into was quite a different story though.  While his idea of a bachelor party vacation for a groom who was more than a bit of a jerk seemed above the line, it was his money to spend.  She wasn’t counting on the attraction, or the memories that having Hunter back would bring… for more than just herself.  It was simply too good to be true, something had to go wrong – and unfortunately, she was right.

Katie and Hunter’s romance is definitely a slow burn, building until they finally give in to the attraction.  When it blows up in their faces because of the past that happy ending is put into question.  I enjoyed their story, it’s a reunion, a discovery and dealing with painful memories and events.  Something that is never easy.  It’s always fun to catch up with past couples, and seeing Wyatt and Claire again was fun for me.

If you’re in the mood for a fun Romance, with a bit of the past sticking around to cause some troubles and a very likable, relatable couple then Falling For The Hometown Girl is a story that you’d enjoy.  I’d recommend this one for any Romance reader who enjoys a solid story, interesting characters and has a love for small town and all they bring to the story.