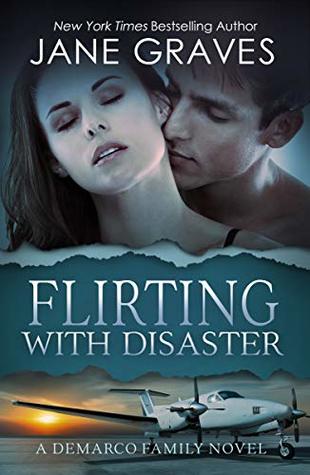 FLIRTING WITH DISASTER is a fast-paced romance that I was definitely torn about.  While there was much that I enjoyed about Dave and Lisa’s story, it simply didn’t stack up with the previous stories I’d read in this series.  I don’t really know why it just happens with some heroes and heroines – but, that doesn’t mean that it’s a bad book, nope that’s not true, simply that I enjoyed the first two stories more.

Lisa and Dave had a connection back in high school.  Yet, Lisa did not get her man then as he went on to marry another.  She graduated and put her work first and a love life a far second.  Right now she’s in Mexico having just discovered that all is not above board with the group that she’s working for – in fact, something downright illegal seems to be going on.  Her plane has been put out of commission, she’s hiding from people who want her dead and she decides that now it the time to call in an old, long overdue favor from her past.

Despite his decision to marry another woman, Dave has never forgotten Lisa or that promise of help.  Years have passed, Dave is now a widower and a police officer.  When she unexpectedly calls him asking for help he doesn’t hesitate.  Now he’s in just as deep as Lisa is as they fight their way back home, evade getting themselves killed, get the bad guys captured and try to figure out their future.

There are steamy moments, some twists and turns along the way and a delightful secondary romance going on for another couple.  If you love a good Romantic Suspense then I’d suggest you give FLIRTING WITH DISASTER a try.

*Note: Be aware that this is a reissue of a previously published novel from 2003.  You might have it on your shelf with a different cover.