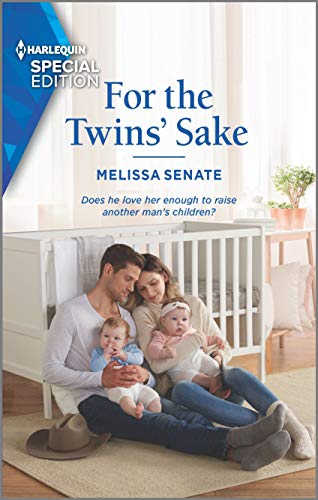 There are times when I’ll get caught up in and completely dedicated to an entire series, sight unseen, from the very first story.  That has been my reaction to For The Twins’ Sake, the first story in the Dawson Family Ranch series.  And, should everyone in Noah’s family get their own stories told, then I’m in for the long haul with Noah, Ford, Axel, Rex, Zeke, and Daisy Dawson.  I don’t know exactly what creates that connection to fictional people so strongly, for me, with some series – but I certainly do know when it happens.

Life certainly has not been easy for the Dawson siblings, three different mothers, and one cheating father who let everyone down most of his life.  At one point, Noah was certain he was following in his father’s footsteps.  Yet, when his father left him in control of the Dawson Ranch upon his death with the belief that Noah has the ability, the drive to turn the dilapidated, rundown ranch into something good and profitable once again – well, Noah took a second look at himself and grew up and into a man who now stands ready to reopen the Dawson Family Ranch with the investment of his siblings and the hard work of his sister onsite.  He’s not perfect by any means, he’s still determined to never follow in any of his father’s footsteps – but he is far different from the man Sara once knew, once loved.

I fell in love with two differently wounded souls and two adorable babies in For The Twins’ Sake.  It would be very easy to continue talking about the book, but then if I did that you’d not get to experience the beginning of this series for yourself.  And it is well worth your time to learn about Sara, Noah, Annabel, and Chance all on your own.

There is world building, there has to be some at the start of any series, yet the background information flows smoothly along with what is happening now that there is no information dump to deal with, at all.  These characters are flawed, been done wrong, gone through, and are still going through their own growing, changing from what they were into who they are now.  They are realistic, believable, and so relatable.  That alone is a huge hook for me.  Sara’s deceased husband was one nasty piece of work, and I personally hope he’s rotting somewhere as vile as he was.  (okay, I know, fictional character, but you’ll understand)  I loved 90% of Noah, that stubborn, bull-headed rancher, the other 10% I wanted to “Gibbs slap” on more than one occasion.  Sara.  On Sara, I was truly divided.  She’s gone through so much.  I cannot imagine the pain, the anger, the anguish she went through.  Yet, she’s so slow to see Noah’s side of things, to remember that he believed he was a dad for seven weeks and that she’s ripping his heart out with almost every word.  So while I liked Sara, and that liking grew stronger by their story’s end – I was definitely on Noah’s side in this romance.

If you love a truly emotional romance, one that will break your heart on several occasions and then heal it back whole again – then you need to pick up For The Twins’ Sake soon.  I’d highly recommend this story and cannot wait to dive into the next one (which is even now sitting waiting for me on my Kindle).