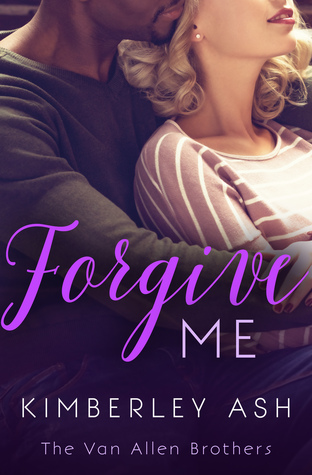 FORGIVE ME is going to break your heart, I’ll warn you of that ahead of time, but by the story’s ending, you’ll find not only yours but Piper’s and Lucas’ hearts healed once again.  It’s not going to be an easy journey to get there as they each have had so many things happen in the three years since they last met, they are certainly not the same people who spent one amazing, sizzling afternoon together.  Now, life has dealt blows to them, hurts and situations that are not easily mended.  They cannot go back, but maybe, for a while, they can forget with each other… until emotions that always boiled beneath the surface demand to be acknowledged.  When your friends with benefits relationship is no longer enough, where do you go then?

I didn’t see this one coming and it hit me hard.  There is so much emotion in FORGIVE ME both on the surface and deep down where it hurts to just think about the emotional turmoil these characters are going through, especially Piper.  I’ll leave that for you to discover on your own.  If you are a reader who likes to go deeper into the characters, to understand how they got to this place and time then you’ll enjoy FORGIVE ME.  Through a slowly revealed backstory, Piper and Lucas will become as real to you as your best friends, and you’ll understand why this is such an emotional, heartbreaking and heart-mending romance.  I would not hesitate to recommend this story to any Romance reader.