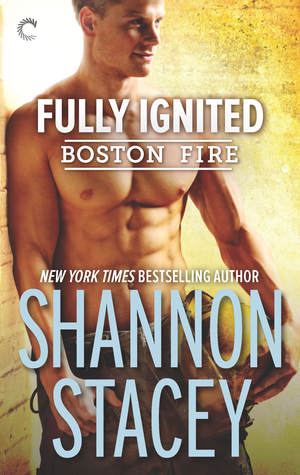 When Jamie Rutherford takes a temporary assignment as lieutenant of Boston Fire’s Engine 59, she doesn’t anticipate any problems. She’s been in the fire service for a long time and, even though she’s fairly new to Boston, she knows how to make any firehouse her home. What she’s not prepared for is her reaction to firefighter Scott Kincaid.

Scott is looking for a wife. It’s been a fun ride as a single guy, but he’s tired of being the third wheel, and nearly losing his brother-in-law finally made him realize just how much he wants a family of his own. When the new guy at the firehouse turns out to be a capable, confident and very attractive woman, his plan is completely derailed.

Hooking up with a fellow firefighter has never been part of Jamie’s plan, but she’s tempted by Scott—even though getting involved with him could tarnish the reputation she’s worked so hard for. And Scott can’t stop thinking about Jamie, despite the fact that she’s his superior and not sticking around. Chemistry can crush the best-laid plans, though, and while Jamie and Scott might not be each other’s future…there’s no resisting the right now.

Read on for my thoughts on Fully Ignited.  No true spoilers, promise.

Sometimes I simply want to read a story that is low maintenance, little drama and realistic.  I got all of that and more in Fully Ignited.

Scott’s seen friends injured on the job.  It’s a reality of their profession, but it still stings when it happens.  He’s also seen fellow firefighters and friends find that one woman, the one who makes everything in life worth the risk, worth the effort.  And he wants that.  Badly.  Playing the field, being considered a “serial dater” has gotten old.  He’s looking for happy ever after, for the one who completes him and until he does his days of playing around are over.  He didn’t expect his “the one” to be another firefighter, one that held command and was, frankly older than him.  He never thought that he would be the one left worrying as his loved one walked into danger.  Truth is, none of that matters.  Now he has to convince Jamie that he is her “the one”.

Jamie knows that her assignment to Engine 59 won’t last forever, she’s used to making herself at home among those brave men and some women who do what she does daily.  They’re all family – even if she is the one at the head of the table, so to speak.  What she wasn’t expecting was Scott.  A man who has her considering taking risks of a different kind on the job.  As one of the few women firefighters in a command position in the nation, Jamie’s been careful of crossing unspoken lines.  Getting involved with Scott isn’t a wise move – but her heart is telling her something far different.  He’s looking for the forever one… and she’s wondering if that could be her.

Fully Ignited gives the reader a few twists, yet they are certainly twists based in reality.  People who work together fall in love.  It’s not the end of the world and certainly shouldn’t be the ending of a hard earned career – yet, reality is that in some professions that’s exactly what it is.  A choice – the job or the love.  I believe the reason I enjoyed Fully Ignited so much was because all of those taboo workplace items and more were in one way or another addressed often showing how foolish they truly are in today’s world.  It’s not a preachy novel, don’t think that.  It is a story that holds a place in many real life couple’s lives.

The chemistry between Scott and Jamie was sizzling and their banter often made me chuckle.  They come across as a real couple, not fictional… and that matters to my ability to believe in a story.  I simply liked this couple and would enjoy having them as friends.  That’s how comfortable I felt with this story.

If you’re looking for a story that hits all the spots of passion, strong story, believable characters and that something extra that makes a good story a great one – then you’ll enjoy Fully Ignited.  I would highly recommend this one for any Romance reader.

*I received an e-ARC of Fully Ignited from the publisher, Carina Press and NetGalley in exchange for an honest review. That does not change what I think of this novel.*