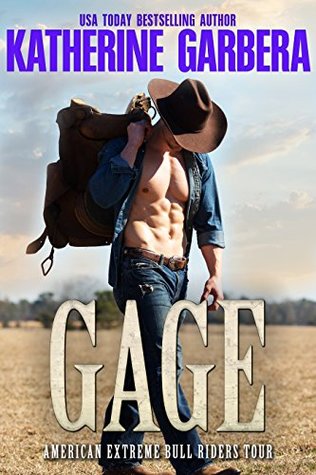 As the final story of the American Extreme Bull Riders Tour brings this season to a close I have to admit that I’m going to miss these hot, stubborn and brave cowboys, and the background people who let them do their jobs safely.  We’ll get to see who takes home that coveted final prize, and meet up with some old friends along the way.

Gage is driven to win.  As the “oldest rookie” he’s facing some tough challenges, but none can match the ones he’s already faced.  With his eye on that final prize he hadn’t figured on meeting that special lady who could change his life.  Sure, he’d watched with amusement as one by one his friends and competitors fell to the happy ending with their woman, but he didn’t figure that was his future… right up until he looked into her eyes.

Sierra knows Gage’s background for she was there that fateful day that should have been his entry into this world shared by his brother… only to lose Marty in the ring.  She wasn’t really surprised to see him return after so many years, but she was impressed that he’d come so far in his first season.  She knew the reputation of the riders and had no interest in being a buckle bunny, that was her sister’s game.  But there was more to this man than meets the eye and after one blow off steam night Sierra is facing a challenge of her own.  And his name is Gage.

At times Gage is an emotional roller coaster.  Both Gage and Sierra have family issues that they have to deal with, get over and past in order to find a future together.  Gage is a driven man, and he will push Sierra away as often as he needs to pull her in close.  The phrase “rocky romance” defines these two people.  In truth, they each have a lot of personal history with their families to deal with, much of it heartbreaking.  At some point they have to make the choice to live for themselves and let the family chips fall where they may.  I liked Gage and Sierra, they did have a lot of angst in their romance, but they also had a lot of heart as well.  Love isn’t always easy, but it’s worth every single risk.

I’ve learned a lot from this series, met some amazing characters and gained a new heartfelt respect for the real life people who put their lives ion the line sitting on the back of an angry bull for that 8 second ride.  I’m going to miss this series, and hope we get to follow along on anther tour in the future.