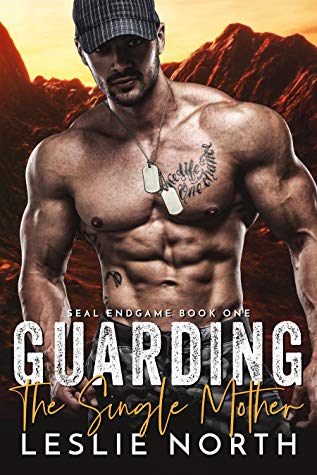 Retired Navy SEAL, Clint Backwater, enjoys his solitary life as the owner of the Ask Questions Later gun range. It’s the kind of place you find because you know a guy. So when Leila Ortiz, a petite woman with a “baby on board” sticker on the back of her car—and an 18-month-old boy in her arms—shows up at the range, panicked and desperate for a gun, he knows something is wrong. Having grown up in the foster system, Clint has seen what happens when you let yourself get too invested—things get messy, people leave. He made himself a promise to never get emotionally involved again, but the former SEAL in him feels the tug to help this woman and her child.

Leila’s ex-husband is being released from prison early on good behavior and she found out too late. He was supposed to serve five years, not two, and Leila is unprepared to protect herself and her son. She promised him they’d never run again—they’ve made a nice life for themselves and the last thing she wants to do is leave it all behind.

When Clint refuses to give Leila a gun without lessons, she agrees to return to the range to learn. At first, Leila won’t say why she’s so desperate for protection, but when the threats from her ex escalate, it becomes clear what she’s afraid of.

Clint is a loner. Always has been, always will be. So when Leila and her little son enter his life, it hits him—hard— maybe being alone isn’t what he needs. Still, having his solitary life disrupted when he invites the little family into his home is a bit tougher to take than he thought. With Leila and her son in danger, though, he’ll do whatever it takes to keep them safe—even putting up with stray toys and changing a nappy or two.

But the biggest danger might be to his heart when it starts to look like the safest thing for Leila and her baby might be to leave her problems—and her budding relationship with Clint—behind.

GUARDING THE SINGLE MOTHER is an intense beginning to the SEAL Endgame series by Leslie North.  Leila needs protection from her abusive, gang member ex-husband who is now out of prison on an early release for “good behavior”.  Yeah, right.  He’s coming after her and her son Thomas and she’s promised herself she will not run but it’s hard and she needs a gun.  Which brings her to the man who never looked for forever, Clint.  Ex-SEAL, gun shop owner, gun trainer.  He knows she got trouble written all over her frightened face, and buying a gun with no clue how to handle it is not happening on his watch.  But when she returns with determination in her eyes Clint will step up to teach – and ultimately to defend a woman and child who swiftly capture the heart he was certain was stone cold.

I enjoyed GUARDING THE SINGLE MOTHER very much.  It’s very easy to fall into the story, the plot is intense at places, sexy at others, and laugh out loud moments as one very sexy SEAL learns how to charm a baby into doing what he says… and the often funny results.  I get that Leila is afraid to trust anyone again, yet it seemed to take a long time to put her trust into a man who stood beside her during some of the most dangerous and difficult moments in recent memory.  Clint knows he wants this woman, this baby boy as his – now he just has to convince the woman he loves to take a risk on him and trust in them being perfect for each other.  I’m definitely looking forward to continuing the series with GUARDING HIS PRETEND WIFE.