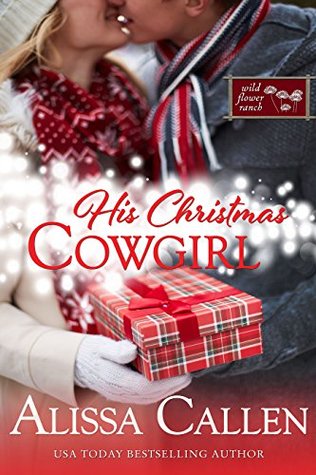 And finally we come to Peta’s story.  I always felt it would take a uniquely strong cowboy to partner up with this feisty, strong, stubborn woman and did she ever find all that and more in Garrett.  If this is your first visit to the Wildflower Ranch series, then you’re in for a wonderful treat.  But don’t worry you won’t get lost among the community that makes up these ranches or the small town of Marietta, Montana.  Everyone you’ll meet is clearly defined as where they fit in the family and the extended family of friends.  I hope that there are more tales to be told… but I also know that all series (usually) eventually come to an end.  If that’s the case with the Wildflower Ranch series, then it’s been a unique and enjoyable journey with these fine people.  But, after all, this is Marietta so they’ll probably pop up again somewhere.  *grin*

It’s been said that you can never make a second first impression… and for Peta and Garrett that is certainly true.  They both made an impression on the other that was completely the opposite of what they truly are like.  But once made, it’s going to take a bit to change that reaction.

Garrett is a driven man with secrets he’s keeping very close to his vest.  He has ties with the foreman of Peta’s ranch, but other than that he’s a stranger to this community.  He definitely knows his way around a ranch.  So  much so that he tends to ignore the owner’s instructions and does things his way – for now until Peta returns from her trip, then he’s going to get a taste of reality.

Peta is the least likely girly girl you’ll ever find on a working ranch.  She’s comfortable in her own skin just as she is.  But for a friend she took time away to visit places she never dreamed of seeing, and let her inner girl come out and play with makeup and clothes a bit.  Now back home it’s a dose of reality time when she realizes that the foreman who’s here to help out until Hal gets back on his feet isn’t listening to her at all.  It’s beside the point that he’s a handsome devil, he thinks she’s something that she definitely is not.. a pushover.  He’s going to learn a lesson the hard way.

Peta and Garret were such an enjoyable couple, both together and individually.  Their romance is the slow cooker type, with each aware of the other but each having their own reasons for not going further.  Garrett has been burned so badly that his drive won’t allow him to accept that there is a woman right here in front of him that could care less about who he is in the world or his past.  His hesitation to come clean almost lost him the love that he didn’t know he was searching for.  Peta is a country cowgirl from the tip of her hat down to the heel of her boots but she’ll take on Garrett without hesitation.  His hidden secrets might hurt but she has to face the truth that this is the one man for her and make her choice.

It was such a delight to run into Payton & Cordell, Bridie & Ethan, Trinity & Zane, Brent & Kendall, and Rhett & Ivy once again.  I remember their stories fondly and it was a joy for me to have them so much a part Peta’s story.  You’ll also get a very descriptive experience of a roundup, which was fun for me and take the Christmas Stroll through downtown Marietta (which is a character of it’s own) with all its Christmas finery on display.

I completely enjoyed His Christmas Cowgirl.  And if I left a little bit of  my reading heart on the wildflower ranches, well so be it.  I would highly recommend this series to anyone who enjoys a good solid romance with believable characters and situations.  It doesn’t get much better than life in Marietta, Montana.  You should visit – soon.