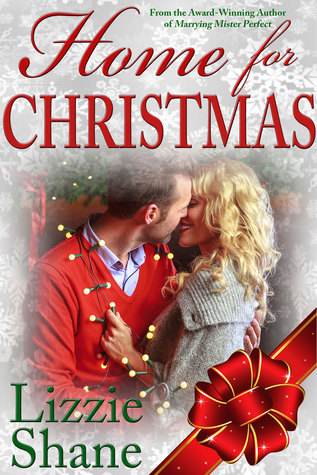 All she wants this Christmas is to get home and put this disastrous year behind her, but when Samantha Whitney boards her flight to Chicago she finds the man in the seat next to hers is none other than Jase MacGregor, her first love who shattered her heart last Christmas Eve.

All he wants this Christmas is a second chance with the love of his life, but if Sam’s frosty reception is anything to go by, it’s going to take more than a few hours at thirty thousand feet for Jase to win back her heart.

When a blizzard cancels their connecting flight, it looks like neither of them is going to get their Christmas wish, but with the help of a little holiday magic Sam and Jase may be able to find their way back home. But only if they do it together.

Samantha and Jase had been together forever it seemed.  At sixteen, Sam knew that this was the one for her.  And their romance continued throughout high school, college and beyond… right up to the moment when Jase left their small town for the better job in California.  How could something so right go so terribly wrong?

A year later Sam and Jase end up on the same flight back home… both for different reasons.  Sam was coming back from appearing on a reality show, her way of trying to get over the heartache of Jase’s leaving her.  Jase had finally realized his mistake in leaving and was heading home to try to convince Sam to give him another chance.  From her reaction when she saw him on the plane… it was going to be an uphill battle to mend these fences.

Home for Christmas is a sweet, uncomplicated story of two people who loved each other, but because of assumptions and lack of communication between them the happy life together they should have had was torn apart.  As Sam and Jase make their way home in blizzard conditions, they are forced to face what had gone wrong between them.  He assumed, she thought… but they never really talked.  So it’s no wonder that when one decision was made for them both – without letting Sam in on the decision making, their relationship blew up in their faces.

Jase will do whatever he needs to do in order to have Samantha back in his life.  Sam never stopped loving Jase, but a lot is going to have to change before she’ll risk her heart once again.  His leaving has shattered her, she couldn’t survive if he did that to her again.

I really enjoyed Home for Christmas.  It is such a slice of real life.  Most often we do assume about each other, or believe we’re making the decision that they would have made anyway so we don’t ask.  It’s so easy to fall into that trap, and so difficult to get out of it.  With humor, love and understanding Sam and Jase will make their way back home this Christmas.   And hopefully back to each other as well.

If you love the Hallmark Channel Christmas movies – then this is the perfect story for you.  You’ll understand why this couple got into the miscommunications that they did and you’ll also be rooting for them to find their way back to each other.  Love Christmas romance, then you’ll love Home for Christmas.