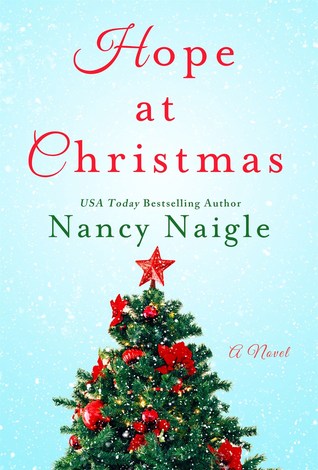 Hope at Christmas is one of those stories that I believe would be good in any season it was set in – yet it’s a bit more poignant, a touch more heart warming with the magic of Christmas as, in a way, one of the characters in this romance.

Both Sydney and Mac are adults with one child each.  Both know the disappointment of their partner not being who they thought they’d be for a lifetime.  Yet, Mac has had a bit more time to adjust to his son’s mother leaving them.  Sydney and Ray Anne are in the early stages of that grief and incomprehension that comes when your man cheats on you, and your father cannot, or rather will not keep his promises to his daughter.  Sydney is trying to restart their lives in the one place her soon to be ex cannot touch, the inherited farmhouse that her grandparents left to her.  A place that holds good memories, a chance to catch her breath and hopefully begin a new chapter of life with her daughter, a new home, and a new job starting soon.  Sydney is drawn to the local bookstore, The Book Bea, within its walls she finds the missing magic from her life.  So when a part time job is offered, she’s more than happy to spend it here.

It’s easy to get caught up in Hope at Christmas.  A romance that offers a slice of real life for so many people, it’s a slow burn romance that develops at its own pace.  Sure there is angst, kid rebellion, a close call as well as an ex that deserves every bad thing that comes his way.  Yet there is also a feeling of more to come, that Sydney, Mac, Ray Anne and Seth are starting a journey that will grow stronger and better over time.  Full of interesting secondary characters, an inviting small town and a chance at happiness for two people who didn’t expect to find that again.  It’s one of those stories that will make your heart smile.  And that’s why I read Romance.

2 responses to “Hope at Christmas by Nancy Naigle”