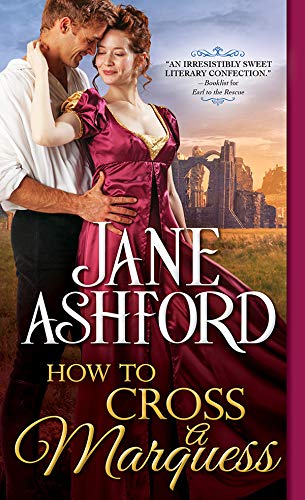 Fenella and Roger seem to have the worst luck.  Neither wanted a marriage years ago when Fenella’s family tried to force her and when Roger objected so almost violently.  It’s true that Roger often has outbursts of anger and regrets his words later, but words sting whether meant or not.  Add to the mix the fact that Fenella actually liked Roger, she was defiant of her family pushing her into something that her “intended” obviously did not want any part of.  So, they each said no, no way.

Years pass life changes for them both.  Now faced with seeing each other again, a bit older, maybe wiser, certainly more mature you’d think they might be able to get along.  Yet there is a matchmaker at work once again, and he’s got a good track record and a head full of mischief in the making.  Lord Macklin knows a match when he sees one, even if his intended victims, erm… loved ones don’t.  But getting Fenella and Roger together might take more than simply an older man’s intention, it might take more than luck for there are nasty people who would rather see this couple, or at least one of them, dead than to see them get together.

HOW TO CROSS A MARQUESS has everything I love from Jane Ashford, a likable couple with issues to be dealt with, and engaging plot, some vile bad villains, and one matchmaker to simply enjoy his shenanigans.  I had fun and that’s the whole point.  I’d definitely recommend this story or the series to any reader who loves a good romance, no matter the genre.