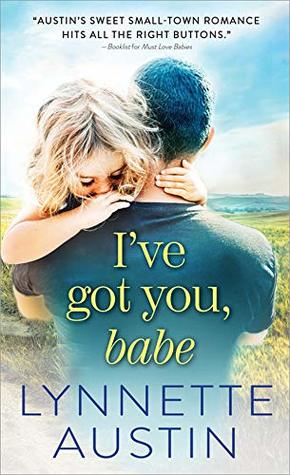 Where do you go when you’re at the end of your rope?

Former Marine Tucker Wylder wants nothing more than to work with his brothers in their vintage car restoration business and be left alone with his nightmares and regrets. The last thing he needs is to take on someone else’s troubles…

Then Elisa Danvers and her young daughter arrive in Misty Bottoms, Georgia. Elisa has reached the end of the line–flat broke, engine trouble, sick in body and spirit. Tucker steps up to the rescue and finds himself reluctantly taking care of a feisty preschooler and her independent mother, who doesn’t seem to want his help.

And Tucker isn’t sure he’s ready for the way precocious little Daisy and headstrong, beautiful Elisa herself capture first his bachelor household and finally his carefully guarded heart.

Before I say anything else – that cover just captured my heart, my emotions immediately.  You shouldn’t judge a book by the cover, but this one caught my eye and I needed to know what the story was behind the trust and love that I see between that little one and that man.

I’VE GOT YOU, BABE is the second title in the Must Love Babies series, although you won’t be the least bit lost if you haven’t read the first one I’d still suggest it for both stories are touching and worth your time.

Tucker returned from the military a changed man, events that happened there have left him with not only PTSD but survivor’s guilt as well.  He thinks he’s hiding his sleepless nights from his family but they are not as clueless as he’d like to believe.  Nightmares hound his attempts at sleep.  He’s going through the motions of life right now, but one adorable little girl and her stubborn mother are about to change everything for him.

Elisa’s life has not turned out the way she expected but her determination to provide a better life for her daughter, Daisy, is her goal at this point.  Her car breaking down before reaching the safety of her mother’s home was the final straw.  When she faints at Tucker’s feet in many ways their combined fates were sealed.  Together they will bring hope, peace, and love to each other – but it’s going to be a rocky road to get to that point.

There are emotional layers to I’VE GOT YOU, BABE that will draw you into the lives of Tucker, Elisa, and Daisy, along with the caring and, at times, quirky residents of Misty Bottoms, Georgia.  I was captured by the reality of Tucker’s difficulties and Elisa’s ability to bring him a calm he’d not known for so long.  Daisy steals scenes left and right – and hearts as well.  If you enjoy those emotional connections to characters, a slice of life’s realities in a book then this one will appeal to you.  I enjoyed every moment in this world and will be back for the next story.