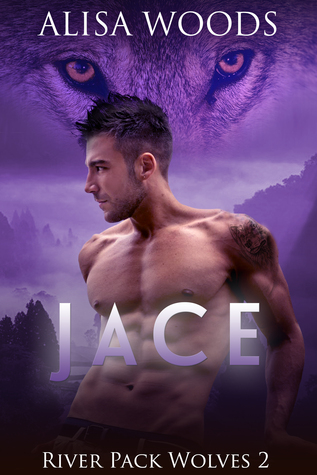 Ex-Army Specialist Jace River has a lock on his bedroom door, but it’s not to keep anyone out; it’s to keep his nightmares from breaking loose. His wolf is an out-of-control killer, which means he can never risk shifting, never truly be part of his pack, and definitely never take a mate.

Piper Wilding works for the Army as a civilian, traveling the world for her work in counterintelligence and fighting the bad guys while bedding down the good ones. The best part? It keeps her far from her asshole father in Seattle, the rest of the Wilding pack, and the pressure to take a mate. Settling down isn’t her thing, and after what happened to her mother, Piper vowed she would never be tied down by magic or men again.

While Jace’s wolf keeps him Sleepless in Seattle, Piper returns home to find her missing kid brother. When she breaks into the River brother’s safehouse, sparks fly and claws come out. Her sexy skills threaten to bring out Jace’s wolf, and Jace’s good-guy hotness reminds Piper how tempting shifter men can be. They’re like fire and gasoline, and as they race to find Piper’s brother, the heat threatens to burn down all their carefully constructed walls. But falling in love has never been so dangerous—and being together means taking risks that neither might survive.

Read on for my thoughts on Jace.  No true spoilers, promise.

Jace River may no longer trust his wolf enough to shift again, but that wouldn’t stop his human strength from taking down an intruder in his family home.  He just never expected this delectable piece of wolf in a hoodie to be the sister of some of his family’s temporary guests.  Nor could he ever have imagined the impact this one woman would have on his life.

Piper Wilding was no man’s (or wolf’s) fool, ever.  This massive, handsome shifter hadn’t caught her, she’d let him – in order to use her sexiest wiles to escape… only that wasn’t working out as she’d planned because this shifter made her own wolf whimper in need, and no one had ever managed that before.  But all of that was beside the point, she needed to reach her brother Daniel who was supposed to be staying here and this man was not going to stop her.

Piper’s tale about a missing brother, a shifter brother had enough truth and danger to it that Jace allowed her into the family compound and his family’s guest’s bedroom.  While it was obvious that the siblings had a volatile relationship, and that her brother didn’t believe her – for some reason Jace did and he would gather up his pack to help her find her missing brother, Noah.  But Piper waited for no man and soon gave them the slip to go off and do this on her own.  That was a miscalculation on her part, but she’d learn, eventually.

Jace takes us further into the evil shifter plot of doing medical experiments on shifters and humans that we first learned about in Jaxson.  And what an intense and satisfying journey this story will be.  The danger is sharper, deeper.  The attraction between Piper and Jace is strong, sexy and compelling.  And the evil is greater and more widespread than first believed.

Jace is a wounded soul in many ways.  He is unable to shift into his wolf because he can no longer trust or control his wolf – who is massive, powerful and not someone you want to make angry.  He believes that this wolf is responsible for many deaths during a military mission overseas, it is a responsibility that weighs heavily on him – taking him just this side of madness.  Piper believes in him and his wolf and will be vital to his survival, and will bring a truth to him that he desperately needs.  Piper is wounded as well, the emotional abuse of her father has made her into the woman she is today – one who rarely trusts and will never, ever be mated.  Together they will find that person perfect for each of them, now they just have to be brave enough to take the risks involved in loving each other.

I enjoyed Jace very much.  It’s a fast paced, action packed story with such heartache within it as well.  Filled with extremely strong characters and a secondary cast that pull everything together into a world that I had no trouble falling into.  This is a shifter romance that is powerful, sexy and will keep you turning pages.  I would definitely recommend it to anyone who enjoys paranormal romance, military romance or simply a strong love story.  Go check it out for yourself.  You’ll find a fascinating series full of alpha men and women, along with a captivating storyline.