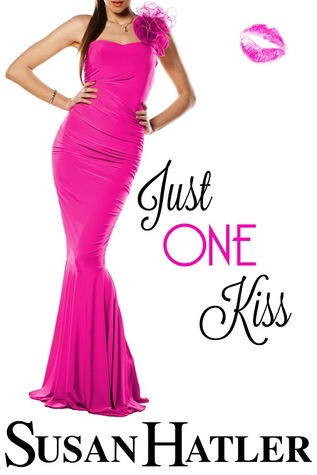 Charlie Rockwell’s divorce from her rock star ex left her with a broken heart, a mansion on the bluffs in her hometown of Blue Moon Bay, and an empty back account. Now, Charlie has to generate enough income to keep the house she loves.

When producers of the soap opera, Just One Love, offer to rent Charlie’s house for a sizable fee, Charlie’s tempted. Only she wants nothing to do with the spotlight or dating someone famous again, and the show’s sexy star, Luke Montgomery, has her in his sights. Reluctantly, Charlie agrees to rent her home and vows to stay out of Luke’s way.

Unexpectedly, as filming progresses, Charlie witnesses Luke’s sweet side. She also remembers her college theater days and love of acting. During an on-set emergency, she’s asked to stand-in during a scene, and her undeniable chemistry with Luke impresses the producers enough that they want Charlie full-time.

Can Charlie finally have the career she’s dreamed about? And will Luke break her heart, or will he be everything he seems and what she always wanted?

Titles in this series include:  Every Little Kiss, The Perfect Kiss, Just One Kiss, The Sweetest Kiss

Read on for my thoughts on Just One Kiss.  no true spoilers, promise.

Charlie got exactly what she wanted from the divorce settlement from her ex “rock star” husband… the house, he kept the groupies that she’d discovered he has such a taste for over their years together.  She might hove gotten what she wanted, but the “house” was in fact a monster for upkeep and an endless, deep, bottomless pit for her funds.  So when she got tight for money, instead of writing a reveal all about her ex, who she’d just as soon forget about, she considered the offer from a daytime series to rent out at least parts of this monster house for remote filming.  While she might have been looking forward to an upgrade on her bank account balance, she never expected this decision to truly change her life on so many levels.

She didn’t really want fame.  But it was difficult to turn down a chance to do what she’d given up for her jerk of an ex – to act again, like she’d always dreamed of.  But any dream has complications and for Charlie that came in the form of leading man, Luke.  Oh, their characters had some serious on-screen sizzle alright – but that was simply acting.  Right?

Luke’s real life personality was so far removed from the Luke the celebrity, or Luke the actor, or Luke playing a part that absolutely no one would have believe they were the same man.  Acting since his teens, Luke has easily slipped into the “star” persona.  But that wasn’t really him, and maybe he’s finally found a woman who sees past the Hollywood makeup and fantasy to the real man behind the character.  Now, he just has to convince Charlie that taking a chance on them is a good bet all around.

I adored Charlie, she’s spunky and won’t stay down for long.  The last thing she wants to give up is her house in her hometown.  Sure it’s huge and beyond what she needs for herself… but it’s hers and she won’t give it up.  Renting it out was a minor miracle, but perhaps the true miracle was discovering that true love existed in the most unlikely places and people.  Luke captured my heart so easily.  He is so far removed from what is portrayed on the screen or in the “papers” that the line between the actor Luke and the man Luke became quite defined for me.  Watching his love for and his attempt to convince Charlie that they deserved a chance to discover what the magic between them could turn into was such a delight.

Fairy tales can come true and love can be found in the most unlikely places, Susan Hatler has proven that every single time in any of her romances.  I loved Just One Kiss, it fits perfectly in the Kissed By The Bay series.  I would not hesitate to recommend this story or any of Ms Hatler’s works to any reader who loves a good, solid, believable Romance experience.  Now, I’m off to read the next story… gotta get caught up.  *grin*

Tags: Just One Kiss, Kissed By The Bay #3, Susan Hatler