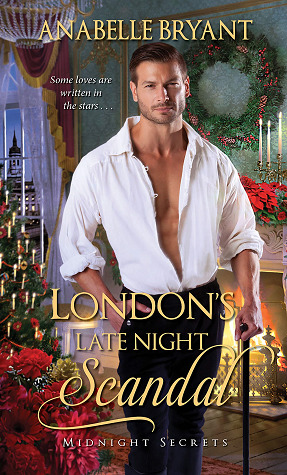 Chief Officer of the Society for the Intellectually Advanced, Lord Matthew Strathmore, Earl of Whittingham, takes his position very seriously. Not only does it distract him from the painful aftermath of a gunshot wound to the leg, earned most honorably, it is important work. So he feels duty-bound to question esteemed scientist Lord Talbot about a suspect article. Matthew dashes from London to Oxfordshire, despite wretched weather that only exacerbates his injury, reminding him he is far from the dashing gentleman he once was.

Theodosia, Lord Talbot’s granddaughter, has inherited his gift for inquiry, enjoying her pursuits safely away from the artifice of London society. But her identity as the true author of Talbot’s article is about to be exposed. And if Matthew expects a dour bluestocking, surprises abound. Not only do Theodosia’s botanical concoctions soothe his leg, he’s clearly attracted by her delicate beauty. But dare she hope for more? It will take an urgent trip to London for both to discover how passion and lasting love can ignite under the cover of darkness.

LONDON’S LATE NIGHT SCANDAL gives us an intellectual couple who are meant for each other in so many ways – they simply have to set aside a few beginning roadblocks to see that clearly.  Matthew and Theodosia love science, the intensity of making new discoveries.  Yet Matthew is in for a few surprises when he sets out from London during the winter season to investigate some points in Theodosia’s grandfather’s most recent papers – only to make a few discoveries of his own along the way.

I love a detailed story, it makes the location, the surroundings, the characters come alive for me and Anabelle Bryant has exceeded at creating a world rich with detail and characters that don’t always act as society demands.  Both Theo and Matthew are intriguing people who definitely are attracted to each other yet aren’t entirely certain that they can “fit” in each other’s worlds.  I loved Theo’s grandfather, and without giving much away, I think you’ll enjoy encountering him as well.  Life isn’t always fair, but those loved ones in our lives try their best to make life well worth living every single day.

LONDON’S LATE NIGHT SCANDAL is intriguing, a lovely Romance with realistic touches that will engage your emotions.  I liked this couple, even more so when they allowed the attraction, the passion between them to ignite.  If you’re in the mood for a Historical Romance that will touch your heart, engage your emotions, bring you an unusual couple and a very good story then you’ll want to pick up the third story in the Midnight Secrets series as soon as it releases.  I had such a good time with Theo and Matthew – and I believe you will as well.

Available in paperback and for the Kindle.  This title releases on September 24, 2019.