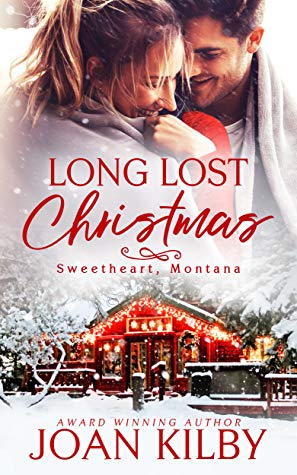 LONG LOST CHRISTMAS is an emotional tale that had me sighing with emotion and shaking my head at the half-truths and outright lies being told for the “better good, eventually”.  When a family member is estranged or “long lost” there is usually a very good reason on someone’s part for that to have happened in the first place.  Hayley may have had the best of intentions in tracking down her Uncle Gordon but in doing so she’s opened up a hornet’s nest of reactions – not all of them good by any means.

The spark between Blake and Hayley is obvious from the start, but so is the cloud of untruths hanging over Hayley’s head as well.  Blake has been burned badly in his recent past and his suspicions are on high alert with Hayley in spite of his attraction to her.  She’ll quickly come to realize that she should have handled all of this quite differently as the people she meets, the extended family she’s discovered become more important to her.  Now she has to confess her true reasons for being in Sweetheart, Montana and that will change everything.  The battle will be proving herself worthy to not only Blake, Gordon, and the family but to herself as well.  Watching Hayley fight for the life she wants in this small town with Blake is, at times, heartwrenching but she is one determined lady who will not give up on a future with the man she loves, and who believes loves her right back even though he’s very angry and disappointed with her right now.

I enjoyed myself with LONG LOST CHRISTMAS.  I’m always, personally, uncomfortable with the “lie for the better good” trope but it was handled well and not drawn out unreasonably long.  The fun part was watching Hayley show everyone what she’s really made of despite her mistakes in the beginning.  If you’ve spent time in Sweetheart, Montana, perhaps with the Starr Brothers then you’ll enjoy this return trip to a charming, quirky small town full of interesting residents.  I had fun, and really, that’s the whole point.  I’d not hesitate to recommend this story to any Romance reader.