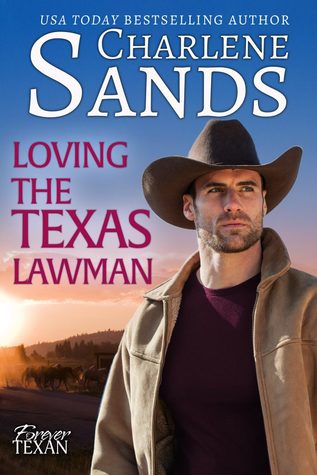 Sometimes life is kind and we get another chance to do the right thing, for the right reason.  And other times, well, we need a large dose of reality that gets past our stubborn pride.  That’s what Jack and Jillian have to face in Loving The Texas Lawman – a hard dose of reality.

Years ago Jack and Jillian were teen aged sweethearts.  He was the son of the sheriff she was the daughter of the town’s female drunk.  It seemed that just about everything was against them but the bond they’d had was strong.  Right up until Jillian was ripped away from her small home town to live in another state on the whim of her mother.  It pretty much destroyed Jack and Jillian.  Over time they lost touch, but neither forgot.  Jillian went on to her own success leaving that young girl from the wrong side of town far behind her.  Then life happened, and the only way to put her life back on track was to visit the past and ask the boy she’d loved for a huge favor – never knowing what that would ultimately cost her in the end.

Loving The Texas Lawman has so many layers to this story, some that I won’t speak of for I never want to spoil the story for someone.  I was drawn into Jillian and Jack’s romance right from the start.  It’s obvious to the reader that these two belong together,now they have to catch up with us.  There is sadness to this story, regrets for what was and what never was.  There is danger on several fronts.  There is joy in finding that love survives, no matter what.  This one is an emotional roller coaster.  Often times I wanted to sit a character down for a stern talking to, I freely admit to that.  But in the end they never listen to me and go on to make their unnecessary mistakes.

I liked Jack and Jillian.  They are a believable couple faced with an unusual situation.  It’s always fun to run into couples from earlier in the series and seeing Maddie and Trey again was a special touch.  As were a few hints toward the next story in this series.  I would recommend this story to any Romance reader who enjoys a believable couple facing issues the best they can, that special feeling of a second chance at something wonderful and loves the special feel of a small town and it’s sometimes crazy characters.