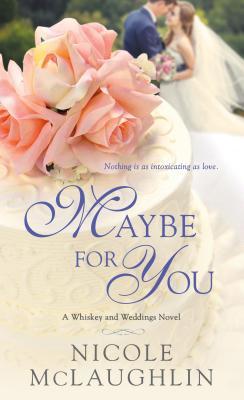 After a year of mourning her fiancé, Alexis Parker has worked hard to rediscover what she wants out of life. Fresh out of the military and back stateside, her brother offers her a marketing job at the Stag Distillery. Ready for a new challenge, Alexis agrees to accompany her new co-worker Jake Cooperon a Stag cross-country promotional tour. He may have an infamous playboy reputation, but Alexis is surprised to find out that there is more to him than meets the eye. And she likes what she sees. . .

Jake promised Alexis’s brother that he’d be an absolute gentleman. Of course, that was before he and Alexis hit the road, and they both agree that what Alexis’s big brother doesn’t know won’t hurt him. The plan: to keep their fling confined to the RV, and everything will go back to normal once they head home. Things progress in ways neither of them could have imagined, and Jake realizes that he and Alexis make a perfect mix. Can he convince her that he’s ready to shake things up and give true love a shot?

Titles in the Whiskey and Weddings series include:  Maybe I Do – Maybe This Time – Maybe For You –

I have enjoyed the Whiskey and Weddings series so much, and now it’s time for Jake’s story.  Jake’s reputation as a player, flirt and all around women’s man is… well, deserved.  Unfortunately, that reputation is hurting the Stag Distillery, the business he created with his best friends.  So, an unusual decision is made – Jake will head out on a good-will, promotional tour to be the face of Stag Distillery to various venues and business opportunities… and he’ll behave himself.  That’s guaranteed by the addition to this tour of Alexis who has become close friends with Jake through their messaging and support of each other.  Jake just acquired a babysitter, a very beautiful, vulnerable babysitter who just might be the saving grace of his life.

Alexis is still reeling over the death of her fiancé shortly before their wedding.  Over the past, difficult year it’s been Jake’s understanding ear, his messages that have helped keep her sane… and maybe starting the recovery process as well.  Alex returned home awaiting her new job to begin when she agrees to be Jake’s babysitter… or companion on this promotional tour.  They’re friends, they can do this easily – and if Jake and Alexis begin to feel that spark between them grow into something more passionate, well, who is to know what happens on the road?  You might be surprised.

Maybe for You is a slow burn romance, a friends to lovers story of two people who let down their guard around each other and show their true selves.  If at times Alexis came off as a bit over the top in her reactions, I put it down to the emotional strain of losing the man she had loved to death which is never a fair closure, and discovering that life goes on, even loving someone else is possible.  Jake allows Alexis to see the man underneath the surface mask that he wears.  With her he can be tender and caring, something that he never allows anyone to see.  I liked them both, their slow burn was believable and while I hurt for them both at times, I also cheered them on to find something solid together.

If you love a really good slow burn, friends to lovers, second chance at love romance… then Maybe For You is a story that you would definitely enjoy.  I’ve had fun in this world, and would not hesitate to recommend the entire series to any Romance reader.