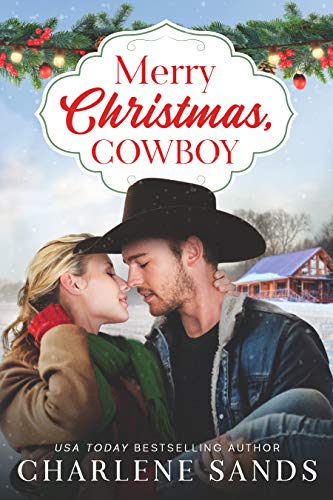 I am always ready to return to Last Stand, Texas, and Merry Christmas, Cowboy was the perfect story to make that happen in a world gone crazy out here on the other side of the computer (or e-reader) screen.

Merry Christmas, Cowboy not only gives us a taste of the holiday in Last Stand – it also shows that for some people there aren’t always huge emotional reasons to allow the joy of the season into their lives.  Nicole was recently jilted at the altar, not something that most of us would bounce back from quickly or easily.  Yet, Nicole is also a kindergarten teacher who loves her students like crazy and has always cherished Christmas traditions and events.  So, this year, in spite of her own heartache she’s finding ways to embrace the season, like chairing a major local event, the Honeysuckle Holiday Fundraiser.  She knows the perfect venue to hold this event at – Cottonwood Ranch.  Unfortunately, Garrett doesn’t agree, at all.

Garrett is doing his best in the midst of intense heartache.  He recently became the guardian of his nephew, Cody.  They both lost a mother and a sister when Cody’s mother died.  Garrett flips houses, and it’s his plan to fix up the ranch, sell it quickly, and head to California with Cody where he has a home to return to.  He has no interest in getting to know the locals, helping out with seasonal events – he has a plan, a tunnel vision route of getting the house sold, and leaving town.

Garrett, whether he sees it or not, is reacting to his sister’s death by falling back into work he knows by rote – he’s not really seeing Cody’s view of a familiar place with people he knows, loves, and, frankly, needs in his life now.  But one determined teacher, a woman who knows heartache quite well, is about to set out to change a stubborn man’s mind… and maybe win his heart as well.

There are books, stories that touch my heart so clearly that I am lost in another world with these characters, emotionally involved in the outcome of the words on a page.  Merry Christmas, Cowboy was such a story for me.  Frankly, my heart broke for Nicole, Garrett, and Cody for far different reasons… and throughout the course of their story that heart of mine was slowly healed again by possibilities, by not only the love of two people but of their love for one little boy.  In a world that is far from the norm for any of us… the future of Nicole, Garrett, Cody – their story was one that I really needed to experience.

If you love a really good story that will grab you by the heartstrings and not let go until that happy forever ending is found, then you need to pick up Merry Christmas, Cowboy right now.

« Mistletoe and Mr. Right by Sarah Morgenthaler
Forever with You by Barb Curtis »