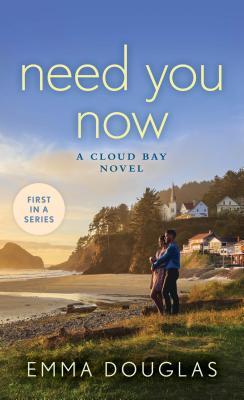 Welcome to the small island town of Cloud Bay, where it’s never the wrong time to find a love that’s oh-so-right. . .

Caleb White knows what he wants out of life–and being a star tennis player is not it. After speaking to the press about his plans to retire, Caleb decides that a trip to quaint, beautiful Cloud Bay for its legendary music festival is exactly what he needs. There will be time to figure out what to do with his life without a racket in his hand soon enough. Until then, Caleb is content to be stuck on an island with CloudFest’s gorgeous director Faith Harper. . .

The daughter of a famous rock star, Faith knows all about fame, fortune, and hot flings that aren’t meant to last longer than a few good songs. Gorgeous, built Caleb is a temptation she can’t resist, but she’s not prepared for the way he makes her feel. . .and the dreams that they both share. What begins as a carefree distraction deepens into something real. But is Caleb ready to put his celebrity behind him and give life in the slow lane with Faith a chance?

Titles in the Cloud Bay series include:  Need You Now – A Season of You – No Place Like You –

It’s always exciting, to me, when I begin that first story of a new series.  A brand new world to explore and new people to meet is one of my personal reading pleasures  Need You Now has all the elements of a series that I look for – small town, large-ish family, secondary characters who will most likely play a part in the entire series and couples to like..

I’ll say upfront that I adored Caleb.  And, unfortunately that I certainly did not adore Faith.  She has a ways to go to get back into my good graces, and perhaps that’s intended for it seems their romance has a happy for now, continues to develop feel to it by the ending of their story.  I get being afraid, even if you won’t admit to that feeling yet the way Faith treated a very good man grated more than it endeared.  The very least someone deserves at a breaking off moment is a reason.  Her silence, her refusal to say why was so unfair… and beneath the character that I’d hoped she would become.  As I said, I hope we’ll get to see more of Caleb and Faith’s relationship as a secondary part of the rest of the series.  Because my opinion of her right now is that she does not deserve him.  Harsh, perhaps – but that’s my reaction, intended or not.

Don’t let my annoyance of one character’s actions lead you to believe that this isn’t a great story – it really is, and one that lays the groundwork for the series.  I have every intention of following these characters, and I definitely want Mina’s story next.  I’d recommend this story and encourage you to make up your own mind about Faith.  Life forms us into who we are as adults, and I’m hopeful that Caleb’s love and influence will soften both her heart and her actions.