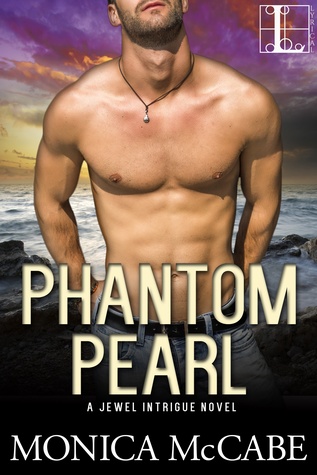 Riki Maddox is not your average tomb-raiding treasure hunter. Her targets are carefully chosen to wound her father’s killers, the Japanese Yakuza. To thwart their quest to recapture World War II loot initially stolen by Japanese forces, she puts herself in constant danger–and in the sights of a man as driven and as daring as she is.

Homeland Security Special Agent Dallas Landry is a rare breed: an academic with an unmatched lust for adventure. He had a perfect success rate recovering stolen art and antiquities–until he came up against an intriguing menace known as Riki Maddox. She’s placed his reputation on the line, and stopping her becomes his number one priority.

Now the two will cross paths once again in Australia–on a quest for the legendary Phantom Pearl, a priceless mammoth tusk carved by 15th century monks. Barely one step ahead of the Yakuza, it’s a three-way race to recover the long lost treasure. One Riki is hell-bent to win. But playing games against a federal agent like Dallas will cost more than her freedom. The chase will demand she risk her life and her thirst for revenge–but it just might offer something more to live for…

In a story that successfully weaves fact and fiction together, Phantom Pearl is sure to delight any Romantic Suspense reader.  Although this is the third Jewel Intrigue novel, all can be considered as stand alone stories and the main thread to this series is the hunting for treasure and the danger, suspense and romance that surrounds that quest.

I happen to love a snarky, sarcastic character.  They give me an additional bit of enjoyment in any story, so I was very pleased by the main character’s banter and cutting edge comments.  Riki is a strong, stubborn woman with vengeance in mind with every artifact that she “recovers”.  Her father’s murderers will pay – eventually.  Dallas is a equally strong and stubborn man who has the law on his side and he’s not afraid to use it.  He’s been bested by Riki often enough in just missing the artifacts they both are after.  So much so that he is determined to get to this one first.  What he didn’t expect was to end up working together or to fall for this woman who drives him mad in so many ways.

Without giving away the plot, I believe that any Romantic Suspense reader would enjoy Phantom Pearl and go back to the beginning if they need to catch up with this series.  I admit, there are some times when the facts take over the story, and some times when belief or needing common sense must be shelved for the sake of enjoyment of the story.  I have a good imagination but sometimes I can’t quite “buy” something.  However, those moments were few and didn’t take away my enjoyment of Riki and Dallas’ adventure.  If you’re looking for an adventure, then this is the book for you.