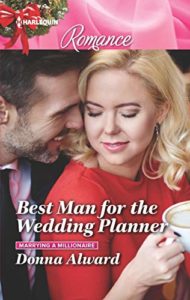 Wedding planner Adele Hawthorne is prepared for wedding hitches…but not for the best man to be Dan — her ex! Thrown together at every turn, Adele can’t escape their chemistry or the fact that her heart-breaking reason for leaving him all those years ago hasn’t changed. With just days before Dan leaves their winter wonderland, can he convince Adele they still have something worth fighting for?

Best Man for the Wedding Planner will be cross posted to my pure Romance blog, Romance is Ageless, as well as here on Keeper Bookshelf.

I love getting in on the beginning of a series, or even a duet set of stories.  So, this one is perfect for my tastes in Romance as well as the first story in a group of Romances that I will most likely follow through on to the end.

If you want to check this out on Amazon here is the link (and yes, it’s an affiliate link)  Best Man for the Wedding Planner 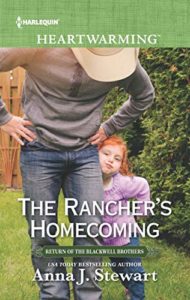 Ten years after he eloped with Katie Montgomery’s sister, Chance Blackwell is back in Montana to sell his family ranch. Katie could lose her job and the only home she’s known. But the loyal cowgirl is keeping a secret that could shatter trust and jeopardize her future with the widowed musician and her toddler niece. Unless Chance’s growing affection for her and all things Blackwell can earn Katie his forgiveness—and his love.

The Rancher’s Homecoming is part of a multi-author series that I’ve been following both here and on my Modern Western Romance blog, Lovin’ A Cowboy Romance.  I’ve gotten caught up in The Return of the Blackwell Brothers series – it’s rather addicting.

If you want to check out this title or series on Amazon here is the link (again, this is an affiliate link) The Rancher’s Homecoming

That’s it for today.  I’ll be doing more preordering in 2019 as there are several series that I’ve definitely gotten caught up in and will not want to miss a story in.  The reviews for these new titles will be live in a few days, and cross posted to the genre specific blog as well.