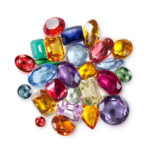 Preorder Gems is a feature at Keeper Bookshelf to showcase those titles I wanted enough to preorder them instead of waiting to see if there is a special price during publication week.  🙂

The first day of 2019 saw Donna Alward’s Secret Millionaire for the Surrogate delivered to my Kindle.  This one will be read in the next week, and cross-posted over to my Romance Is Ageless blog in about two weeks. 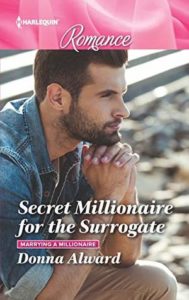 It’s wedding photographer Harper’s job to capture other people’s happy ever afters, but she doesn’t believe in one for herself. Until she meets ruggedly gorgeous best man Drew. Having offered to be a surrogate for her best friend, Harper tries to fight their instant chemistry, until Drew sneaks past her defenses. But she’s about to learn this extraordinary man has an extraordinary secret!

This is the second part of the duet, Marrying A Millionaire.  I don’t know if there will be more but I’ve learned to never say never.  I’m ready to dive into this one since I enjoyed Best Man for the Wedding Planner so much. (and yes, the cover is an affiliate link to Amazon)