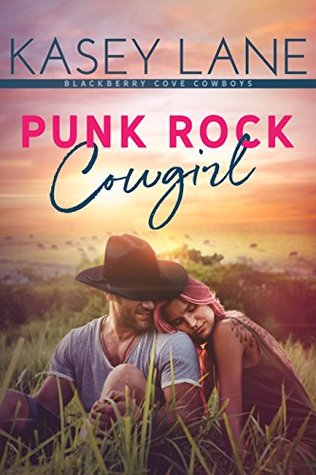 When Kendall Kelly’s career as the free spirited punk country crossover queen ends in a fiery ball of doom and humiliation, she has no place to go but back to her hometown Blackberry Cove, California, where she abandoned her secret husband years ago without so much as a note. She’s hoping to pick up the pieces of her shattered life and finally cut the last tie to the only man she ever loved.

As part owner of Kelly Family Farms, Damian Sloan has spent the last few years rebuilding the floundering business into a growing organic farm. He thought he’d moved on from his broken heart, but when Kendall barges back into his life—broken but beautiful as ever—he soon realizes he hasn’t forgotten. Or forgiven. Kendall threatens everything he’s built, but he can’t quite turn her away.

Damian and Kendall must put aside their differences for the success of the farm they both depend on. Maybe, in the process, they can rebuild what they tragically lost.

Kendall’s life isn’t turning out quite like she expected.  Sure, she’s made it big with her singing career but that also carries the majority of her troubles right now.  After some major betrayals and humiliations she’s headed back to the one place she never thought to return to… home.  Her grandmother’s death could change a lot of things in Kendall’s life once again… just not the way she expected.

Punk Rock Cowgirl starts off the Blackberry Cove Cowboys series with an emotional, sizzling second chance romance.  I like the world that’s being built in this series, and I’m certainly planning on continuing this series.  Kendall and Damian are the type of couple that one minute you want to hug ’em and the next smack ’em upside the head.  Frustrating is a good word for these two.  Damian has good reason to be angry at his runaway wife and he thought that anger would fuel him for a long time.  But with Kendall back home those old feelings aren’t going away and crazy as it might seem he’s hoping that they can finally make their marriage work.  Kendall’s reasons for leaving didn’t seem all that good to me… but miscommunications will do that to a couple.  I liked this couple, their chemistry is apparent from the start – they just have to work through accepting that the love never really went away.  I enjoyed my time in this world and would recommend Punk Rock Cowgirl to any Contemporary Romance reader.  I’m hoping that we’ll continue to get glimpses of Kendall and Damian as the series moves along, I’d like to see how they’re fairing now.