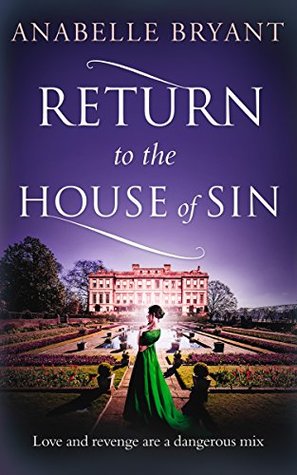 Crispin may have left London quietly, a broken man in many ways… yet there is also a determination brewing within and he will return one day, and when that happens people will see a far different man.  Much of his time in Italy has pushed his former self firmly into the background.  Never again will he be so trusting, or allow others to control his future in any manner.  It’s time to return home to repair his reputation, pay off old debts… and exact revenge.

Lady Amanda is also returning to London, rather desperate to re-invent herself as a lady with elegance and poise… not an accident prone stumbling female worthy of laughter.  It was most unfortunate that Amanda got separated from her family and boarded the wrong ship.  Unfortunate, perhaps – life changing, most definitely.

When Crispin discovers a stowaway in his cabin he does what any gentleman would do… give up his cabin and try to hide the lady from any prying eyes that would ruin her reputation… or his own.  What he didn’t expect to find on that trip back home was a charming young lady with interesting ideas, a beauty that she cannot seem to see herself and an attraction that he is trying very hard to ignore for he isn’t looking for romance.  Never again.  Once Amanda is safely home they will part ways, and be grateful for the time spent together.  That might have worked out for Crispin if not for one matchmaking aunt who sees what her niece is like after her adventure.  These two young people must be blind as bats to not see that they are perfect for each other… and never underestimate one determined matchmaking aunt.

As time, events and attraction move onward Crispin must make a final decision.  What is more important to him ultimately?  Revenge?  Or Amanda?

I freely admit to being curious as to what happened to Crispin.  I am extremely satisfied with the tale that Anabelle Bryant gave us for this character who went through much and in the end, came out the better man for it.  Oh, that doesn’t mean that Crispin and Amanda won’t face issues, some danger and stubbornness – but the realization that these two are really perfect for each other is easy to come to.  When they were their natural selves, not trying to impress or be someone other than what they were, it was then that Amanda and Crispin did shine indeed.

I have loved every story in the Bastards of London series.  With each new adventure Anabelle Bryant has proven yet again just what an amazing wordsmith she truly is.  With emotions, descriptive phrases and a feeling of being right there in the midst of the action, I was completely captured by this story and the entire series.  If you haven’t started this series I would highly recommend that you begin at the first story and simply indulge yourself in a descriptive, word rich world that will carry you away on quite an adventure.

« The Sheriff’s Christmas Angels by Debra Holt
Mistletoe Me, Baby by Katie Reus »