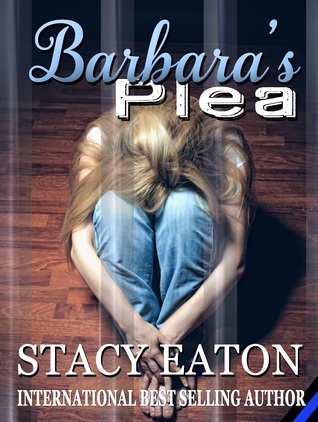 Barbara lives in constant fear of her husband. She finally summons the courage to leave with their young daughter, Allie, but dreads the moment her husband learns of their escape. In his desire to control them and bend them to his will, he will leave no stone unturned to punish them–especially Barbara.

Grey’s future seems bleak, especially the day he is fired, but everything begins to turn around the moment he absently sinks down on a bench occupied by wealthy Gloria Withers. Gloria sees something in him that no one else bothers to notice and, within moments, a friendship is sparked that will withstand many trials.

When Barbara makes good her escape and arrives on the doorstep of her grandmother, Gloria, whom she hasn’t seen for years, Barbara is greeted instead by Grey. It doesn’t take long for a different kind of spark to fly as Barbara takes up residence in the Withers mansion.

When Grey falls inexorably in love with not only Barbara, but also her daughter Allie, he vows to do everything he can to protect them from her husband who is out for revenge.

Read on for my thoughts on Barbara’s Plea.  No true spoilers, promise.

Normally I would be giving you a lead in to the story, maybe a bit of a tease before letting you make up your mind on whether or not to give a novel a try for yourself.

Domestic Violence is a very real problem around the world.  And, for the most part, a hideously hidden type of life for thousands of women and children worldwide.  To be fair, men can also experience abusive relationships – yet we more often learn of the women who have had to endure years of abuse, often with tragic endings.

Barbara’s Plea is told in a realistic tone, there are no punches held back, nothing glossed over.  This novel will affect you, it will stay with you and perhaps it will also educate you about what is so often kept behind closed doors and never spoken about out of fear.

Our legal system will often add even more abuse when a mother tries to take herself and her children out of an abusive situation.  It is a sad fact, but a true one.  And Todd’s ability to use the law against the woman he has abused is slimy, disgusting but also so real life.

This novel is a slice of real life for so many.  Not everyone gets a happy ever after.  Read this one for those who never got that.

*I received an e-ARC of Barbara’s Plea from the publisher and NetGalley in exchange for an honest review. That does not change what I think of this novel.*