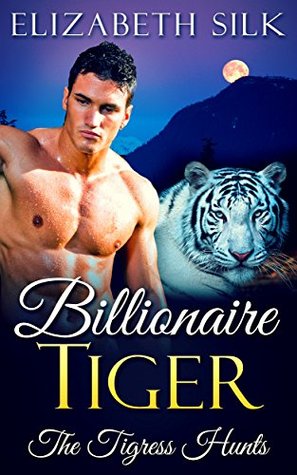 Shawna is a woman that is on a mission to save the world one step at a time. She has several ventures, but she’s not very good at enlisting help from those that have the money and deep pockets to do so.

She hears about David being in Africa and she goes to him with a proposal that would raise his image. He has had some bad luck with women running out of his hotel room in the middle of the night wearing practically nothing. He has also had some business practices that have come under question. David sees her as desperate, but decides in his infinite wisdom that he could play a game at her expense.

A series of dares along with the promise of a huge donation is what he places on the table. Will she be able to overcome some of her fears and fall in love? Does David really know what he’s doing?

Read on for my thoughts on Billionaire Tiger The Tigress Hunts.

Did you ever read one of those books where you just go “What the hell did I just read?!?”  Yeah.  Normally I would simply chalk it up to a book not in my taste and not everyone is going to love every book created… but for one small thing.  This could have been a fantastic story – could have been.

It took me 18 minutes to read this.  Granted I read fast which is one reason I review so many books – I’m an extremely fast reader.  But 18 minutes?  How can you capture a reader’s attention, let alone tell an entire story in 18 minutes… or the 30 minutes that the Kindle tells me it will take to read this.

IF.. the story was longer

IF.. the writing style wasn’t jumpy and awkward to read

IF.. there was any character development at all

IF.. this wasn’t just a quick wham bam thank you ma’m kind of feel

Then this story might have been worth the time and price

I am thankful that I borrowed this on the Kindle Unlimited plan and not spent 3 dollars for it.  I have discovered amazing stories for 99 cents – this was not one of those.

This is the story of a human who is in Africa to help build a safe haven.  They are running out of funds and after a bit of research she decides to hit up a billionaire bad boy playboy for some funding.  It’s good publicity for him as he’s run afoul of the press and the public lately.  After she breaks into a secured very expensive property where a million dollar car is being shown – and talks her way past security right up to the big man’s side.  He challenges her to four dares – if she completes them then he’ll give her tons of money for her charity work.  In the middle of this he shifts to a beautiful white tiger.  And little to no response from her.  Ah, the man just actually changed from handsome playboy to a huge kitty cat and you got nothing to say?  She goes on her merry way to complete two more sexy dares (now how did I guess they’d be sexy?) and succeeds in getting the funding, the man – and they all live happily ever after.

Yes, I’ve broken my one rule.  I’ve basically told you the story… but then the cover description pretty much did that too.

It could have been so much more.  Given more story, more suspense, more everything — it could have been a really good story.  Instead – we got one poof shift, some quicky sex and done.  Took your money but didn’t leave behind much of a story.  Actually I’m feeling kinda screwed at the moment and I didn’t even have to pay full price for this one.

I see many books by this author on Amazon – and some of those might meet all my requirements for a great story.  But – fool me once, never again.  There are too many stories out there and too little time.  While I wish her well in her career, this was the only book of hers I will ever spend time on again.

I won’t be putting this review up on Amazon or Goodreads or Twitter or Facebook.  Yep, this little story angered me that much.