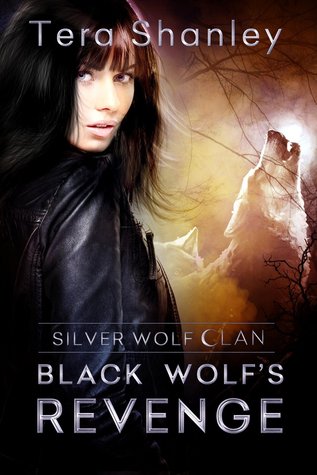 *I received an e-ARC of Black Wolf’s Revenge from the publisher and NetGalley in exchange for an honest review. That does not change what I think of this novel.*

Read on for my thoughts on Black Wolf’s Revenge.  No true spoilers, promise.

Let me start out by saying I have not yet read the first in this series.  I wish I had – although it really doesn’t need it, knowing the beginning would have helped me in being understanding of the characters in the second one.  As a result, within five minutes of reading Black Wolf’s Revenge I was muttering to myself, “Grow up Morgan.  Are you blind?”

Unfortunately, too much has happened to Morgan in too short of a time-frame.  Her sister has been killed, she has been turned into a werewolf, the young man she is in love with has just asked her to marry him (in Morgan’s mind for all the wrong reasons) and she has her young niece to care for and protect.  All while being told that she is the only white-silver werewolf alive and the only breeding werewolf.  Then her guy tells her that he’ll protect her, it’s the best thing for their clan that she be kept from the rest of the world and that it is his job to protect her.  His Job.  *sigh*  No words of love, no reassurance that he wants to be with her no matter what happens … just it’s his job.

Then he turns into his Wolf and runs off.  She drives off…   I wanted to smack them both upside their heads.  Really?  This is how you make things work out with someone you love?

So I sat for a moment.  Calmed myself down.  And then went back to the story with the right frame of mind.  These are young adults, life is often crap, and they will react to it badly.  I wanted to enjoy a story, in a genre that I really enjoy, without wanting to reach in and strangle characters.  (but isn’t that a compliment to the author – that I was that emotionally invested in these characters after such a short time that I simply wanted them to deal with the issue and not run from it… she made me explode with an emotion at the very start – it’s the way I meant it to be read)

Morgan’s decision to leave the safety of her clan, away from people who would help her and protect her has the expected result.  We see through alternating points of view how Morgan and Grey are living through the rest of this shorter story.  It is brutal, it is vicious and it is real for the story being told.

I enjoyed Black Wolf’s Revenge very much.  Honestly, I did.  I didn’t want two people to run away from each other – but …you need to read the rest of the story.  I plan to take the time to go get the first story and then read them both back to back.  I don’t know of a higher compliment to an author than to say I want more.

Review: Cinderella and the Ghost by Marina Myles

Review: Cinderella and the Ghost by Marina Myles