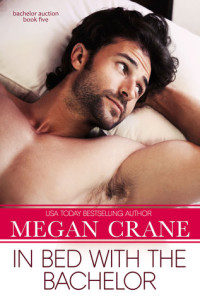 Our latest bachelor has enough family in Marietta to qualify as an honorary native, but hails instead from Seattle, WA, which is where he’ll fly you for a glamorous weekend on the shores of the sparkling Puget Sound. Jesse Grey will treat you the way a local boy turned construction tycoon should: five star accommodations, gourmet dinners, and celebrated Washington wines. We just can’t promise he’ll smile much. Or at all.

Sold to the highest bidder!

Jesse Grey, notorious bachelor and one of Seattle’s foremost construction tycoons, has been roped into participating in the Marietta Bachelor Auction thanks to an expertly executed guilt trip laid out by his family.

Michaela Townsend already has a fiancé and certainly doesn’t need another man in her life. So when her family buys her surly, sexy Jesse at the auction and wrangles him into driving her from Montana to Seattle, she’s appalled yet disturbingly attracted.

As far as Jesse is concerned, Michaela is forbidden fruit. Even though he knows her fiancé isn’t all he seems, Jesse would never take what didn’t belong to him. But how long can he resist the one woman he shouldn’t touch?

Read on for my thoughts on In Bed With The Bachelor.  Not true spoilers, promise.

It took me a little bit of time to actually start to like Michaela.  She came off as odd – and not in a charming way.  I couldn’t wrap my head around how an obviously smart lady could sound so dumb.  Unfortunately, for me, I really do need to connect with the characters in order to enjoy the novel.  That’s just my own oddity.

Now, Jesse was a whole other matter.  He is definitely an alpha male to reckon with.  If a bit surly, still sex walking is how I’d describe him.  There’s  just something about a man who knows his own worth, not ashamed of exactly who he is but you can tell there are demons there that he’s fighting –  not certain who the winner will be.

Anyone with a lick of sense could see what a sleaze Terrance was.  Which is probably why it took me so long to connect with Michaela.  Yes, I know it’s part of the story hook – but, I’ve known men like that and sleaze is the most polite word I can think of to describe my reaction to her “loyalty” to him.

Once Michaela started to get the blinders off as far as her intended husband went, I started to like her more.  Which was probably the intention.  I have to admit I really enjoyed her discovery of herself and of exactly the kind of man Terrance was.

While not a huge fan of insta-love, the emotion of “love” wasn’t really at issue until the very ending of the novel.  Lust, hell yeah…but only hints of anything deeper.  Jesse had his past to deal with and Michaela had her present to deal with – in order for them to find a future together.

I did enjoy In Bed with the Bachelor and would recommend it for anyone who loves the battle of watching two people starting to fall in love in spite of themselves.  This one gets a 4 outta 5 on my rating scale.  It was a very good read.

*I received an e-ARC of In Bed With The Bachelor from the publisher and NetGalley in exchange for an honest review. That does not change what I think of this novel.*

« Teaser Tuesday #8
Review: A Touch of Passion by Bronwen Evans »