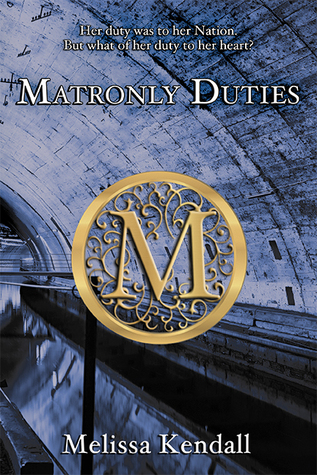 Hundreds of years after an asteroid slammed into Earth and sent it into a new ice age, what remains of the human race lives on in underground sanctuaries. Now, as the bicentennial anniversary of the impact approaches, a new leader prepares to take her place at the head of the government. At least, that’s what she thinks.

Bethanie Greene’s life has been planned out for her since the age of thirteen. Beautiful and intelligent, she’s spent the last twelve years training to become the next Matron of the underground nation of Oceania. But when Bethanie is kidnapped by rogue extremists just six weeks shy of taking office, her world is turned upside down by the handsome stranger who rescues her.

Howard James’ life has been the polar opposite of Bethanie’s. Struggling to survive in a world where those in power wished he didn’t exist, he harbors a deep-seated resentment of the government and all its representatives. Together with his unconventional family, he shows Bethanie a life she never knew was possible, while at the same time, opening her eyes to the injustices of the government she is meant to lead.

But can she trust a stranger? And can a few days change everything she believes and desires? Against all odds, Bethanie must decide if her heart and her duties can coexist.

Read on for my thoughts on Matronly Duties.  No true spoilers, promise.

End of the world as we know it styled novels have always fascinated me.  The devastation is unimaginable of course – but the possibilities of rebuilding an entire world with the best of what we know now would be amazing.  Unless… it was put back together with the wrong intent.

Not everything is truly as it seems in this newly created world.  Politics still exist, power still corrupts and pawns are still chosen.

Bethanie has been trained since the age of 13 to take over the leadership of the Nation of Oceania as the Matron.  Now in her mid-twenties and only six weeks from taking up her position – she has been kidnapped.  Rescued by Howard, she is taken to his family home for shelter.  It is there that Bethanie discovers an entirely different lifestyle than she had been lead to believe could exist, and the seeds of doubt about the government’s plans for her have been planted.

This is an amazing story and one that you should be reading firsthand.  I could give you details and spoilers and more.. but why spoil this experience for you.  The politics of this novel are detailed and not what they seem on the surface.  The world building is deep and often stunning.  The characters are believable.  The story could be out of tomorrow’s headlines.

The main characters go through such turmoil and doubt – as well as discovery…about themselves, their world and what freedom really costs.  Yes, the love story is engaging and you will care about what happens to them.  But this novel is an entire package, and you need to discover that for yourself.

Highly recommend this for late teens and upwards.  If you have any interest in what might be should disaster truly hit our planet, then Matronly Duties will be right for you.

*I received an e-ARC of Matronly Duties from the publisher and NetGalley in exchange for an honest review. That does not change what I think of this novel.*

Matronly Duties is available for the Kindle