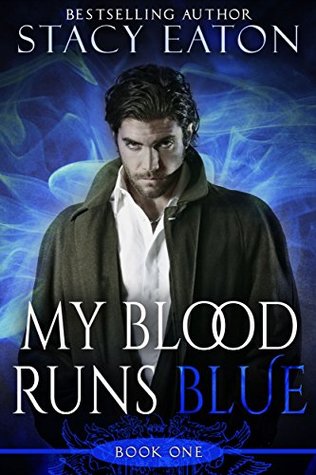 “I’m still a cop, and my blood runs blue.” Officer Kristin Greene has always felt that something was missing from her life. Even though her job with the Fawn Hollow Township Police Department keeps her busy, she continues to feel as if there is something else out there she is meant to be doing. Kristin finds herself investigating a homicide where a young woman has had her throat ripped brutally out. As she begins to dig for the answers, she finds herself thrown into a world she never knew existed.

When Julian and Alexander crash into her life, she finds herself being pulled into a love triangle that has been going on longer than she has been alive. Kristin in determine to figure out who they are and why they keep calling her Calista. Join Kristin as she fights to learn the truth about the recent murder, the two seductive men who have entered into her life and the real truth about herself in a suspenseful tale that weaves paranormal into to the realistic world of law enforcement.

Read on for my thoughts on My Blood Runs Blue.  No true spoilers, promise.

This is going to be another novel that I really cannot say too much about the story, without giving away the story.  I love those kind of books, not so happy about writing up those kind of reviews.

I really enjoyed the world building in My Blood Runs Blue.  With very little fanfare, we jump into the murder that brings in the rest of this novel’s characters.  And it is a horrifying murder that we get a somewhat unique view of from both the writer’s visual given to us as well, as from a police view.  As Kristin tries to assist the victim, it is her viewpoint that gives us clues into what is happening to her.  It is here, at the crime scene, that we (and Kristin) begin to notice her enhanced sense of smell.  Hearing, vision will be the next senses to be more than usual.  This murder has opened up something within Kristin and her life will forever be changed by it.

Alexander and Julian.  Mmmmm.  Delicious men who aren’t exactly what they appear to be.  My choice for Kristin wavered between the two men – and that was a bit telling to me, because I usually pick one love interest and root for them the entire novel.  But both men were charming (in their own unique way), they both had a history with Kristin (although unknown to her for most of the novel) and they both would have made good partners for the stubborn, hot tempered police officer.  I admit to being a bit surprised by Kristin’s final choice of men – even when it made absolute perfect sense for the novel.

My Blood Runs Blue was a delightful story, and one that continues through two more books.  All have been (or will be later this year) reissued with revisions by the author.  The more I review, the more I learn about the publishing world.  Since I didn’t read the originals, I cannot speak for those versions.  But the reissued versions of this series lays out a very detailed, extremely interesting concept.

I would recommend My Blood Runs Blue for anyone who enjoys paranormals or even murder mysteries.  There are twists that you’ll think about until the reveal – that add another level to this novel/series.  On my rating scale it gets 4 outta 5 stars.  I really enjoyed it… and now I’m heading over to Amazon to pick up the next reissued novel in this series.  Enjoy.

*I received an e-ARC of My Blood Runs Blue from the publisher and NetGalley in exchange for an honest review. That does not change what I think of this novel.*

My Blood Runs Blue and the rest of the series’ novels are available for the Kindle.